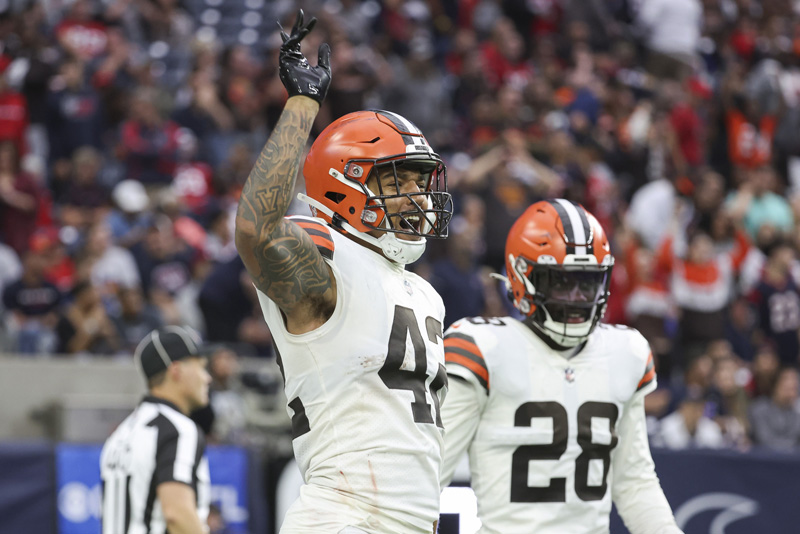 The Cleveland Browns and the Cincinnati Bengals will meet in a Week 14 NFL matchup at Paul Brown Stadium in Cincinnati, OH on Sunday afternoon at 1:00 PM ET. The Browns improved to 5-7 after its 27-14 clobbering of the Houston Texans. Deshaun Watson re-enters circulation as Cleveland’s quarterback after being suspended for the first 11 games of the regular season. The Browns had a 16-yard pick-six by Tony Fields II and a 4-yard fumble return for a TD by Denzel Ward. Donovan Peoples-Jones had a 76-yard punt return for a touchdown for the Browns.

The Browns won back-to-back games after losing close-quarter battles to the Miami Dolphins and Buffalo Bills. At 5-7, the Browns remain outside of the playoff scenario but still have a fighting chance with five games left in the regular season. Deshaun Watson threw for 131 yards and a pick in his return while Jacoby Brissett threw for 2,608 yards, 12 touchdowns, and 6 interceptions on 64.1% passing.

The Cincinnati Bengals look to their fifth straight Game to keep abreast with the Baltimore Ravens in the race for the AFC North title. It seems that Joe Burrow just has Patrick Mahomes queues. The former Heisman Trophy winner continues to improve by the week, clobbering the Kansas Chiefs last week for the third straight time in less than a year. Cincinnati is tied in the top spot at 8-4 with the Ravens in the AFC North.

The Bengals top target on the run is Ja’Marr Chase returning. Burrow looked unstoppable in the 27-24 win with 286 yards and two TDs. Seven of those matches were brought in by Chase, who racked up 97 receiving yards. Cincinnati made it look easy against the Kansas City Chiefs as Samaje Perine carried the ball 21 times for 106 yards. Burrow added 46 yards and a score on the ground.