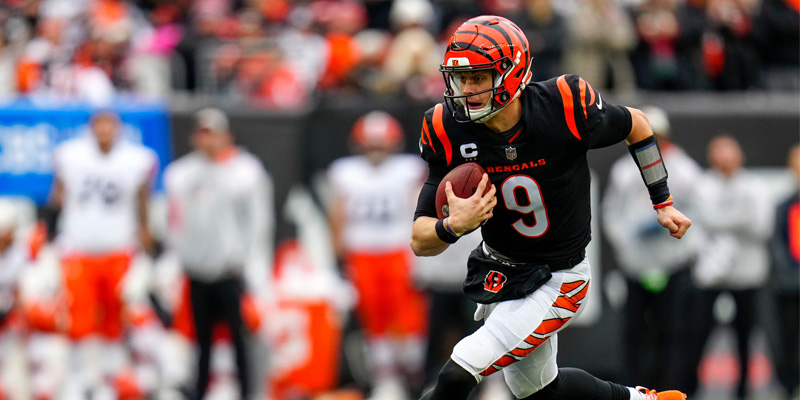 The Cincinnati Bengals will go against the Tampa Bay Buccaneers in NFL action in Raymond James Stadium, FL, on Sunday, December 18, 2022, at 4:25 PM ET. The Cleveland Browns were defeated 23-10 at home by the Cincinnati Bengals (9-4; 10-3 ATS) in Week 14. The Bengals easily covered a 4-point spread for their sixth straight SU and ATS victory. In terms of overall yardage, Cincinnati defeated Cleveland 363-344 while limiting the Browns’ potent rushing attack to only 71 yards on 25 runs. Joe Mixon dominated the game with 14 carries for 96 yards as the Bengals ran 26 times for 136 yards against the Browns. Ja’Marr Chase tormented the Browns’ secondary for 119 yards and a TD on 10 receptions, while Joe Burrow completed 18 of 33 for 239 yards, two touchdowns, and an interception.

The Bengals outscored their rivals by 48 points in their last five victories. Cincinnati is currently scoring 25.8 points per game, ranking seventh in the NFL, while giving up 20.4 points per return (11th). Burrow passed for 1,150 yards, 9 touchdowns, and 3 interceptions while completing 63.6% of his pass attempts since having a bye in Week 10. On their first Week 15 injury report, the Bengals listed 12 players. Wideouts Tee Higgins and Tyler Boyd participated in a limited amount of training on Wednesday, while Mike Hilton and DE Trey Hendrickson were absent.

The San Francisco 49ers were humiliated 35-7 by the Tampa Bay Buccaneers (6-7; 3-9-1 ATS) in Week 15. Since the Buccaneers were behind 28-0 at the break, it was a humiliating effort. Although the Buccaneers gave up 404 total yards in a return, Tampa Bay amassed 322 overall yards, including 69 on the ground. The 49ers pounded the Bucs’ defense with 36 running attempts for 209 yards. Tom Brady completed 34 of 55 passes for 253 yards, one score, and two picks. Chris Godwin had five receptions for 54 yards, Russell Gage contributed two catches for 12 yards, while Mike Evans sniped four of his nine targets for 44 yards.

All season long, the Buccaneers’ offense had trouble. The Bucs had three victories and a few defeats in their previous five games, scoring 20 points only once over that span. They had 3 consecutive victories at home, outscoring the opposition by just nine points. On their first Week 15 report, Tampa Bay named eleven players. Tristan Wirfs, Vita Vea, Julio Jones, and Jamel Dean were all absent from practice on Wednesday.