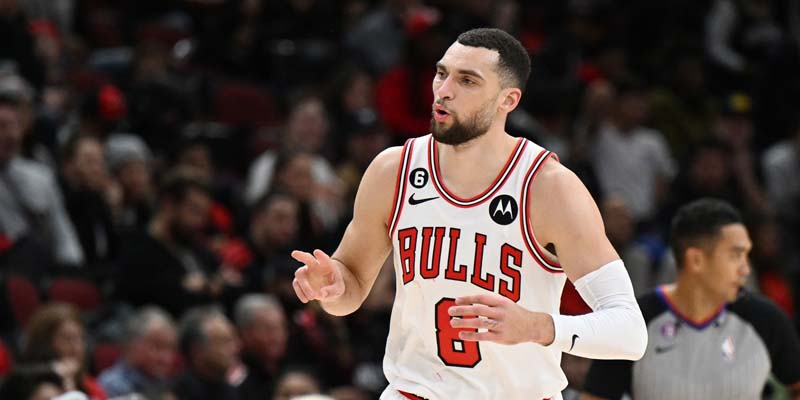 The Chicago Bulls will meet with the Philadelphia 76ers in NBA action in Wells Fargo Center, PA, on Friday, January 6, 2023, at 7:00 PM ET. Chicago ended Brooklyn’s 12-game winning streak on Wednesday night to end a two-game losing streak and bounce back from a loss to Cleveland in overtime. On Thursday, the Bulls were 8 matches behind Milwaukee and fourth in the Central Division with a record of 17–21. They were 3.5 games behind New York for the final guaranteed playoff position and tenth in the Eastern Conference rankings, holding the final spot in the play-in tournament by half a game over Atlanta. Chicago never looked back against Brooklyn after going on a 7-0 run to break a 12-12 tie in the first quarter.

Philadelphia defeated the Pacers in overtime at home to win their third consecutive match and 11th in the previous 13 contests. The Philadelphia 76ers had a record of 23-14 as of Thursday and were third in the Atlantic Division, 2.5 matches behind Boston for first place. They were in fifth place in the Eastern Conference playoff standings, 2.5 games behind Boston for first place, and three matches ahead of Indiana to hold a playoff spot that was guaranteed. Philadelphia was down by one after the first quarter and by three with 1:15 left in the first half before embarking on an 8-0 run to take a 66-61 lead at the half.

Philadelphia makes 112.6 ppg, which ranks 18th in the league. The 76ers are 16th in assists with an average of 24.5 assists per game, while they are 28th in rebounding with an average of 40.5 rebounds per game. Philadelphia is second in the league for scoring defense, giving up 108.7 points per game on average. This year, Joel Embiid led the 76ers with 33.5 points, 9.8 rebounds, and 4.6 assists per game. Tobias Harris produces 16.5 points and 6.3 rebounds per game, Tyrese Maxey contributes 21.2 points and 4.2 assists per game, while James Harden produces 22.3 points, 6 rebounds, and 10.8 dimes per night.

Chicago Bulls vs Philadelphia 76ers. The NBA pick for this game is the Philadelphia 76ers. Although the match was played at the United Center, Chicago is coming off a victory over Brooklyn that ended the Nets’ 12-game winning streak. The Bulls will play with the 76ers, a team that won 11 of its previous 13 games and was on a tear lately. Philadelphia built a strong 16-5 home record at this stage of the year, while Chicago struggled on the road this season, posting a 7-12 record. Philadelphia defeats a spirited Bulls club at home because they are the superior team. The Philadelphia 76ers will win to a predicted score of 118-112.