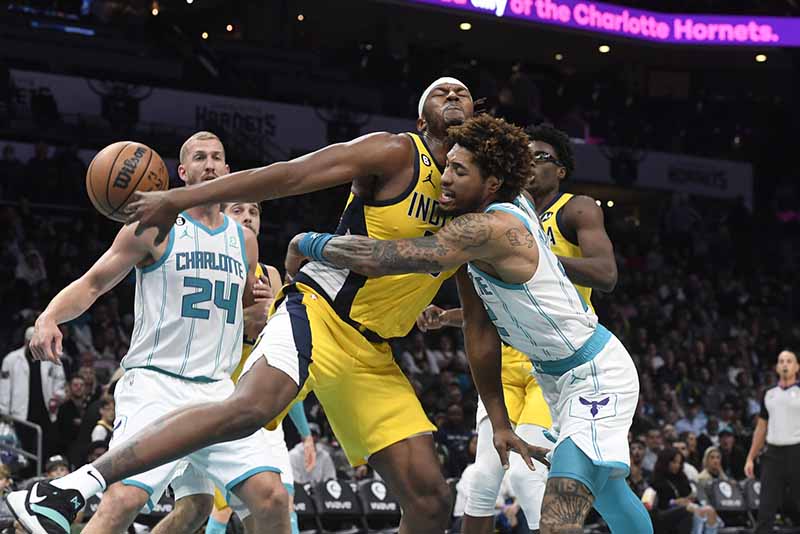 The Charlotte Hornets will go against the Washington Wizards in NBA action in Capital One Arena, DC, on Sunday, November 20, 2022, at 6:00 PM ET. This season did not get off to a fantastic start for the Charlotte Hornets. Their top players, LaMelo Ball and Gordon Hayward were in and out of the lineup due to injuries, and they are currently 4-13. Ball returned for a few games, but an ankle ailment forced him to miss their final contest, a 132-122 defeat at Cleveland. His status for this game against the Wizards is categorized as uncertain.

Gordon Hayward, who is starting for Charlotte once more, had a respectable performance against Cleveland, finishing with 13 points, 6 rebounds, and 7 assists. However, Kelly Oubre, who scored 34 points while making five three-pointers, was the game’s star. In addition to Terry Rozier’s 28 points, PJ Washington had a strong game with 28 points and 10 rebounds. Nick Richards scored 13 points and pulled down 14 boards. The Hornets are 24th in points surrendered and 22nd in points scored per game.

The Washington Wizards recently played some excellent basketball, and they rose to the top of their division. They are now 9-7 and only one-half game behind the Hawks in the division after winning 5 of their past 6 games. The Miami Heat were a 7.5-point underdog when the Washington Wizards defeated them on Friday night, 107-106 in overtime, to earn a crucial victory.

On a three-pointer from Kyle Kuzma in the dying seconds of regulation, the Wizards overcame a fourth-quarter deficit and forced overtime. After that, they managed to win in overtime. Miami barely managed a 35% floor percentage. Kristaps Porzingis scored 20 points and grabbed 17 rebounds, while Kyle Kuzma contributed 21 points and 8 rebounds.

Charlotte Hornets vs Washington Wizards. The NBA pick for this game is the Washington Wizards. Right now, these two teams are moving in opposite ways. The Hornets’ defense was a concern as they lost 10 of their last 11 games and are currently playing poor basketball. LaMelo Ball is also reportedly injured once more and is doubtful for Sunday’s game. The Hornets are also 0-4 against the spread in their previous 4 games against teams with winning straight-up records, and they are 1-8-1 against the spread in their last 10 games playing on one day’s rest. The Washington Wizards will win to a predicted score of 113-109.