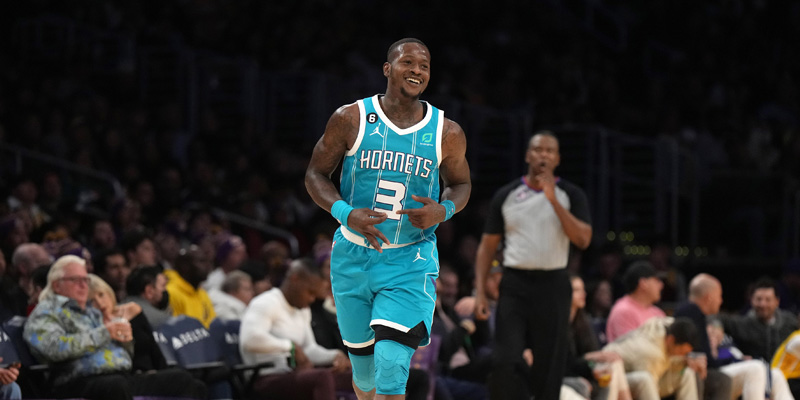 The Charlotte Hornets will play their 5th game of straight matches against the Trail Blazers at Moda Center at the Rose Quarter in Portland, OR on Monday evening at 10:00 PM (EDT). The Hornets aim for their second 2nd victory in a row in this outing. Charlotte is 9-24 and last in the Southeast Division, eight games behind the first-place Atlanta Hawks. The Hornets went toe-to-toe with the Los Angeles Lakers and beat them 134-130, Friday. SF PJ Washington led the team with 24 points on eight of 13 shooting.

Charlotte is 2-8 in their last 10 matches of the season. PGs LaMelo Ball and Terry Rozier scored 23 points each while SG Kelly Oubre Jr. chipped in with 19 points off the bench. The Hornets shot 55 percent from the field and 16 of 41 from the 3-point line as they converted 70 points in the second and third quarters to amass a 16-point lead, just enough in the end as the Lakers delivered 43 points in the fourth quarter.

AT ‘ The City of Roses “, The Portland Trail Blazers are looking to snap a 3-game losing slip with the visiting Hornets this Monday evening. The Trail Blazers are 17-16 and third in the Northwest Division, four games behind the first-place Denver Nuggets. Portland lost to the Nuggets on Friday 120-107. The leading scorer for Portland is Damian Lillard with 34 points. Portland committed 14 turnovers to only 11 by Denver and shot just 44.8%.

The Trail Blazers split their last 10 matches of the season. The team has been in a rut as they’ve lost four of their last five matches. The T-Blazers will be hoping to snap a three-game slump after a clobbering by the Nuggets in a 120-107 road loss, Friday. PG Damian Lillard led with 34 points, seven rebounds, and eight assists. SF Jerami Grant added 20 points while SF Josh Hart tallied 14 points with 11 rebounds and six assists. The Trail Blazers shot 44 percent from the field. They were nine of 35 from the 3-point line and were in control when they exploded for 37 points in the second quarter to take the narrow lead into halftime. Portland was down in the 3rd quarter where they only made 16 points. Anfernee Simons shot just six of 22 from the field and one of 10 from the 3-point line.

Charlotte Hornets vs Portland Trail Blazers. The NBA pick for this game is the Portland Trail Blazers. The Hornets could be short-handed again with Nick Richards and Dennis Smith Jr listed as questionable. The Trail Blazers are watching Jusuf Nurkic and Josh Hart who are both questionable here. The play here is OVER. The OVER cashed in five of Charlotte’s last seven as well as six of Portland’s last nine. The OVER has also cashed in five of the last seven played between Charlotte and Portland. Charlotte’s defense is 28th in points allowed at 118.1 points per game, while Portland is scoring a solid 112.0 points per game which is 18th. Final Score Prediction, Portland Trail Blazers win but our best play is OVER 122-118.

Location: Moda Center at the Rose Quarter in Portland, OR