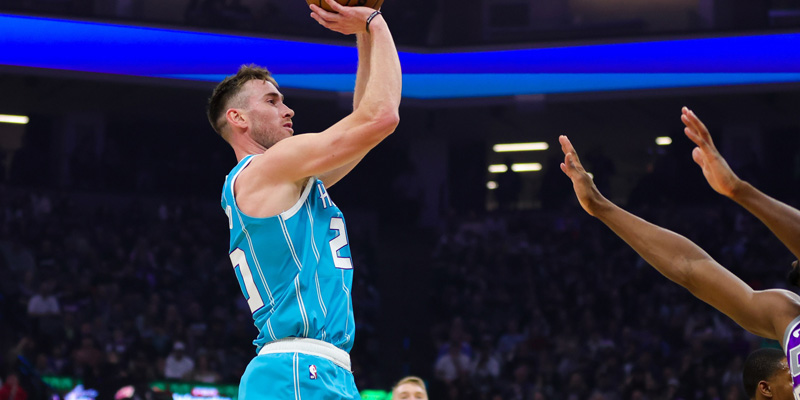 The Charlotte Hornets will be at Crypto.com Arena in downtown Los Angeles, CA to clash with the Clippers on Wednesday evening. The Hornets are 8-23 at 5th place in the Southeast Division and 4-12 on the road. Charlotte finally crawled out of their 8-game losing slump with a win over the Sacramento Kings 125-119. The Hornets’ offense averages 110 points, 45.81 rebounds, and 25.58 assists. Their defense allows 106.7 points with 14.52 turnovers and 6.23 steals.

Hornets SG Kelly Oubre Jr. led the team with 31 points and nine rebounds. PG LaMelo Ball added 23 points and 12 assists while SF Gordon Hayward chipped in with 19 points on eight of 12 shooting. Charlotte shot 51 percent from the field and 10 of 31 from the 3-point line as they jumped with 39 points in the first quarter with a 12-point lead. They allowed Sacramento back only to rally with 34 points in the 4th quarter for the much-needed victory.

At “ The City of Angels “, The LA Clippers improved to 18-14 SU and 16-16 ATS after Saturday’s 102-93 win against the waning Wizards. The Clipps were 5.5-point home favorites, as Paul George, Ivica Zubac, Norman Powell, and Reggie Jackson all were on the bench due to injuries. SF Kawhi Leonard led the Clippers with 31 points, nine rebounds, and three steals. PF Marcus Morris posted a double-double of ten points and 12 rebounds while SG Luke Kennard added 20 points off the bench.

The Los Angeles Clippers are in winning form winning four of their last five games. They will be looking to stay hot after taking down the Wizards at home, Saturday. The Clippers shot just 43 percent from the field and 12 of 29 from the 3-point range. They made an awful start and scored just 20 points in the first quarter and lagged by as many as 15 points. The Clippers dominated the second half by 52-36 to win comfortably in the end.

Charlotte Hornets vs. LA Clippers. The NBA pick for this match is the Los Angeles Clippers. The Charlotte Hornets posted a poor 4-12 tally on the road. The LA Clippers won four of their last five matches. The Clippers are a 7-3 head-to-head matchup over the Hornets. LAC -7 is the best option. The Los Angeles Clippers will win by a predicted score of 117-110.