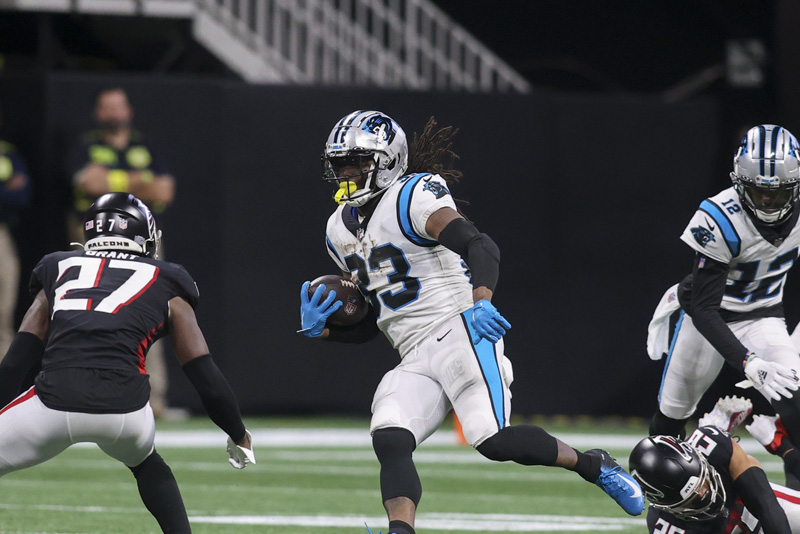 The Carolina Panthers will visit Paycor Stadium and meet the Cincinnati Bengals in another NFL Inter-Conference action on Sunday, November 6. The Panthers are 2-6 overall and last in National Football Conference South Division with a 0-3 road record following a 34-37 road loss in overtime to the Atlanta Falcons on October 30. Carolina managed to even the score with only 12 seconds left in regulation time from a lucky touchdown pass from QB PJ Walker to WR DJ Moore, however the Panthers eventually lost the game with a field goal kicked by the Falcons late in overtime.

Carolina starting quarterback PJ Walker passed for 614 yards and landed three touchdowns but intercepted once in the match. RB D’Onta Foreman led the running game for the Panthers with 273 yards and nailed three touchdowns while the main target for Walker in the games is WR DJ Moore with 425 yards and three touchdowns. The defensive line was taken care of by LB Shaq Thompson with 59 tackles while Carolina as a unit posted 12 sacks and six interceptions.

The totals went UNDER in 5 of the Panthers’ last 7 matches and Carolina is 2-13 straight up in its last 15 contests played. The Carolina Panthers are 4-1-1 against the spread in their last 6 outings versus Cincinnati and Carolina is 0-7 SU in its last 7 road games.

The Cincinnati Bengals are on their way back home to host this week’s episode of NFL Inter-Conference duel facing the visiting team of the Carolina Panthers on Sunday. The Bengals split their last eight games played at 4-4 and took 2nd place in the American Football Conference with a home record of 2-1 this year. Cincinnati will try to bounce back from their last loss to the Cleveland Browns at 13-32 on Monday night. The Bengals were limited to only 229 yards of total offense with two turnovers committed while their defense gave up 440 total yards of offense. QB Joe Burrow passed for 232 yards with two touchdowns but intercepted once in the loss.

Cincinnati starting quarterback Joe Burrow tallied 17 touchdowns in passing for 2,329 yards and intercepted six times for the season. On ground offense, RB Joe Mixon rushed for 432 yards and completed two touchdowns while the leading receiver is WR Tee Higgins with the absence of WR Ja’Marr Chase due to an injury. Higgins has three touchdowns receptions for 504 yards in leading the Bengals’ receiving unit. LB Germaine Pratt accumulated 59 total tackles in leading the defensive line while Cincinnati tallied 14 sacks and six interceptions this year.

The Cincinnati Bengals are 5-1 against the spread in their last 6 contests played and the totals went UNDER in 10 of the Bengals’ last 13 matches. Cincinnati is 4-2 straight up in its last 6 outings and 6-1 ATS in its last 7 home games.

Carolina Panthers vs. Cincinnati Bengals. The NFL Pick for this contest is Cincinnati -7.5. The Bengals suffered in losing key players due to injuries such as WR Ja’Marr Chase and DT DJ Reader but the Panthers are last in the NFC South. Carolina won only two after playing eight matches and Cincinnati split their last eight for the season. Prediction: The Bengals will win 24-21.