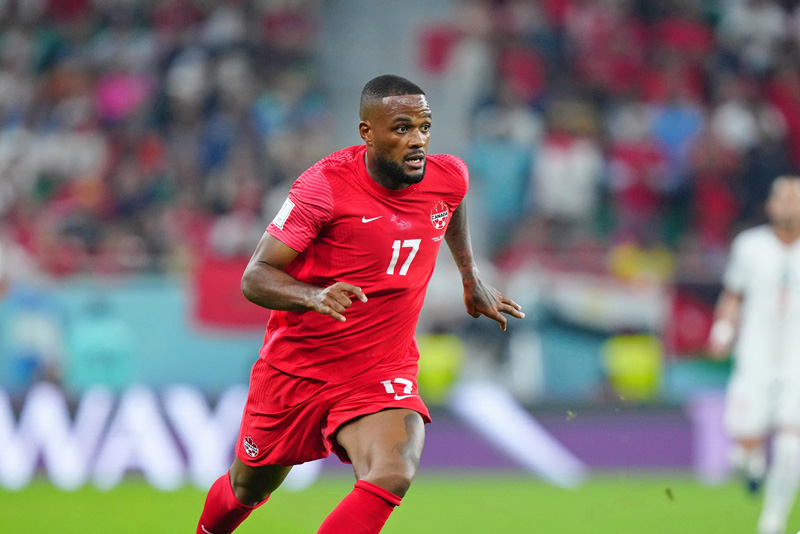 Canada will go against Morocco in a FIFA World Cup action in Al Thumama Stadium, QATAR, on Thursday, December 1, 2022, at 10:00 PM ET. They were ruthlessly demolished by a capable Croatian squad on Sunday, losing 4-1, as a result of their relatively rookie defense and organizational issues. Alphonso Davies, who excruciatingly missed a penalty against Belgium in their opening match, was the one who netted at the fifth attempt, so at least they now have a World Cup finals score to their credit. As they concentrate on 2026, they could think back on that instant and the fact that they had a 30-minute advantage over the 2018 finalists.

They should’ve easily defeated a weak Belgian team, but they missed a penalty and multiple other opportunities to score, leaving them as the only other team to be eliminated from the competition after the hosts Qatar. There is no doubt that there are strong foundations in place and a decent young group ready to carry forward to the next World Cup, which they will co-host. They will hope not to exit the tournament on 0 points again as they did in 1986. The Maple Leafs were just unlucky to be paired up in this year’s championships with the second and third-placed teams from last year, as well as maybe Africa’s strongest country.

There are many potential results for the last matchday in Group F, and it is still very tight and hard to predict. For Morocco, matters may be rather simple; win or draw, and they progress irrespective of what happens in the other matches in the group. But if they lose, circumstances get very difficult since Belgium or Croatia would have to fail or lose by at least two goals for them to progress. Morocco would also be ousted if they suffered a loss of four goals or more and the other group game resulted in a tie. In any event, Morocco just needs to finish the job at hand, even if it would be disappointing to fail to progress after already depriving both teams vying for a spot in the round of 16 points. The Atlas Lions, though, ought to have no issue meeting that task based on their performance thus far, as they handily overcame both Croatia and Belgium.

They displayed their attacking skill against Belgium, prevailing 2-0 courtesy of a fantastic late goal from Zakaria Aboukhlal, whereas the 0-0 draw with Vatreni was a lackluster contest. Even if they take first place in the group, they will still face a very tough test since, regrettably, they will be paired with a side from Group E in the round of 16, most likely either Spain or Germany. Unfortunately for them, their journey was over despite Canada’s beauty and allure, which offered multiple possibilities with pace in the open spaces and presence in the front.

Canada vs Morocco. The FIFA World Cup pick for this game is Morocco. The squad is looking to produce more goals and at the very least obtain a point against Canada, who will probably present a bigger threat to Morocco than Croatia and Belgium did. But with so much relying on this game for Morocco, if they can duplicate their success from the group stage, they will ensure their place in the round of 16. Morocco will win to a predicted score of 3-1.