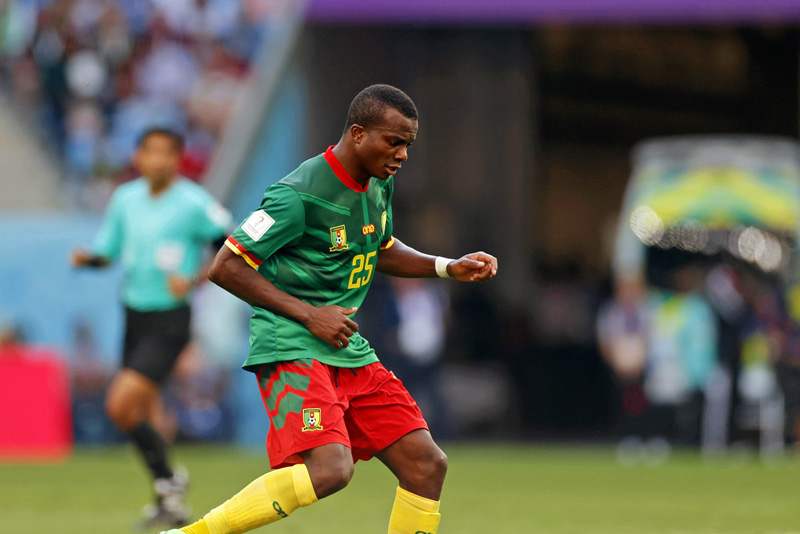 Cameroon will meet with the Brazilian contingent in FIFA World Cup hostilities at Lusail Iconic Stadium in Al Wakrah, QATAR, on Friday At 2:00 PM ET. Swiss Cameroonian Breel Embolo scored the only goal against Switzerland as Cameroon opened the group stage with a 1-0 loss, the African team’s eighth consecutive World Cup setback. The Indomitable Cameroon Lions had the opportunity, making more goals as many as their tournament rivals, but fell short in the process. They will at least need to tie with the Serbian team in their coming battle. Cameroon National Team Manager Rigobert Song’s side came from behind from  3-1 after French Cameroonian defender Jean-Charles Castelletto opened with a goal to tie the match at 3-3, despite being down and out readying to end their world cup journey..

Scoring in the second half for a pair of goals came from Forward Vincent Aboubakar and Forward German Cameroonian Eric Maxim Choupo-Moting gave their team the opportunity to play the next stage of the competition on Friday and proven that they have the capability to beat top teams that they will face later on in the World Cup competitions. Song will further push the Cameroonian squad to exploit Brazil’s weakness. Brazil is not as strong as they were before. The team’s earlier games depicted that they can be beaten. But Brazil will give them a hard fought contention. The Brazilian squad are almost certain of advancing in the FIFA World Cup.

Brazil has qualified for the round of 16 of the World Cup with astounding success and domination, swept their first two contests in succession for the first time since 2010, thereby, making it to the final eight. Selecao Brazil pounded Serbia 2-0 in the second half, courtesy to a pair of goals from Forward Tottenham Hotspur’s Richarlison to earn their first triumph of the tournament without allowing goals from Serbia. After which, the Selecao team made another come-from-behind victory to beat the Swiss team by a score of 1-0. Midfielder Carlos Casemiro made a goal in injury time that surprised some considering their abundance of offensive players.

In 2014 World Cup group level, Brazil made significant victories with the team earning their victory to a score of 4-1 behind to goals from Neymar, one from Fred, and another from Fernandinho. Those results could be an attribute for Selecao Brazil on Friday, to set up a confrontation against the group’s second placer that could be either Uruguay or Ghana. in the Quarter final round. Defender Alex Sandro Silva is the latest member of the Selecao to exit the competition due to a hip injury he suffered in the Switzerland hostilities.

Cameroon vs Brazil. The FIFA World Cup pick for this game is Selecao Brazil. Cameroon will have to fight tooth and nail.  In this game, The Cameroon Lions are battling for World Cup existence. It is a tough challenge  for the Lions but they are not as equipped as the Brazilian contingent. If the Cameroonian athletes stage more men in an effort to win this game, the five-time World Cup Selecao title holders will certainly catch them on the break and hammer. Brazil will win by a predicted score of 2-1.