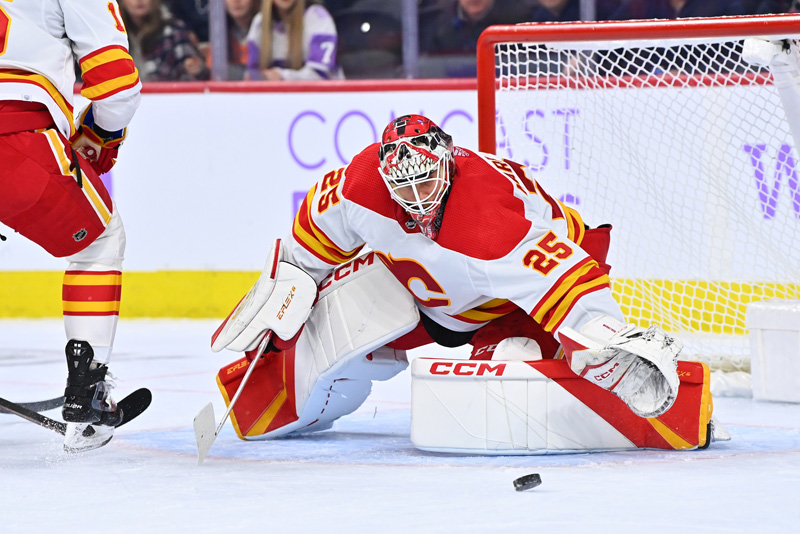 The Calgary Flames will go pit against the Penguins at PPG Paints Arena in Pittsburgh, PA, on Wednesday at 7:00 PM ET. The Flames are having a great season, with their offense moving up and producing 3.17 goals per game, including 10 goals in the last two matches. The top two lines, Tyler Toffoli, Nazem Kadri, and Elias Lindholm, combined for 20 goals and 24 assists, but the rest of the attack was also quite strong. To help the offense get going, defensemen Rasmus Andersson and Noah Hanifin contributed three goals and 18 assists from the point while Mikael Backlund, Blake Coleman, and Jonathan Huberdeau collaborated for 11 goals and 16 assists.

Despite the struggling defense and giving up 3.33 goals per game, the offense was excellent. In contrast to Nikita Zadorov and MacKenzie Weegar, the remainder of the team failed, permitting opponents to carry the puck into the offensive zone and get open shots on goal with ease. Together, they blocked 44 shots and 2.5 defensive points. Goaltender Jacob Markstrom also had trouble in net, recording a 3.03 goals-against average on 397 shots and a.889 save percentage.

The Penguins‘ attack is averaging 3.68 goals per game this season, with 14 of those goals coming in the last 3 matches. The top two lines, Sidney Crosby, Jake Guentzel, and Evgeni Malkin, combined for 28 goals and 37 assists, but the entire offense was excellent. Together, Jason Zucker, Bryan Rust, and Rickard Rakell scored 18 goals and provided 20 assists. Kris Letang, a defenseman, also contributed a goal and 10 assists from the point to help the attack get going.

Although the offense was excellent, the Penguins’ defense fell short so far this season, allowing 3.37 goals per game. Marcus Pettersson and Jan Rutta have a combined 2.0 defensive point shares, while the rest of the team struggled and allowed open opportunities on goal.

Calgary Flames vs Pittsburgh Penguins. The NHL pick for this game is the Calgary Flames. This match between these two evenly-matched teams is going to be fantastic. The Flames aim to extend their undefeated run to three games and dominate this match on both ends of the rink, while the Penguins aim to triumph at home. As road Underdogs, the Flames should win the game and offer fantastic odds in the process. The Calgary Flames will win to a predicted score of 4-2.