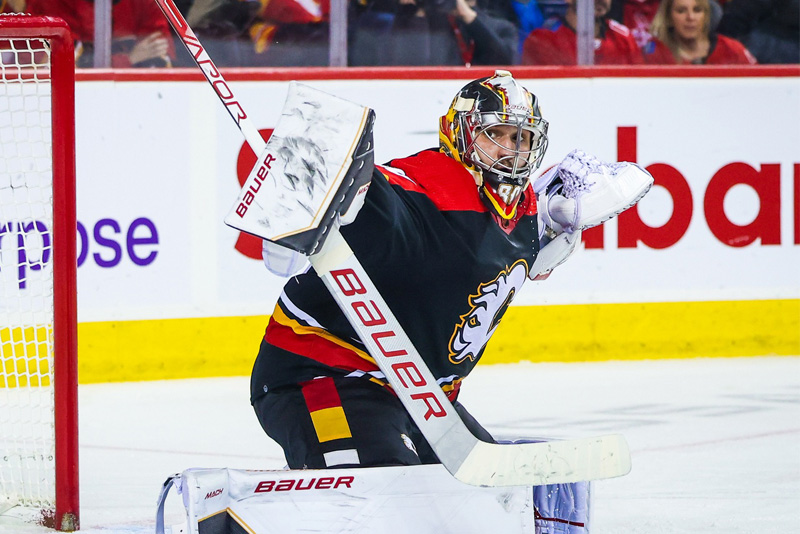 The Calgary Flames (13-10-3, 29 points, 5th Pacific) will visit Columbus, Ohio at Nationwide Arena on Friday to clash with the Columbus Blue Jackets (8-15-2, 18 points, 8th Metro) at 7:00 PM (EDT). Calgary is on a 3-game winning slide after calming the Minnesota Wild 5-3 on Wednesday night. Rasmus Andersson delivered a late goal in the third, breaking a tie, and slid two dimes for the Flames. The Flames will play in the absence of Oliver Kylington.

The Calgary Flames score an average of 3.04 goals per game (21st in the NHL). Calgary is averaging 34.8 shots per game ( 5th best ). The Flames’ power play is 26th, scoring only 18.2% of the time with the man advantage. Elias Lindholm and Nazem Kadri lead goal scorers with 9 each while Tyler Toffoli scored eight. Rasmus Andersson leads in assists with 14, and three other skaters of the team have 10 assists each. Point leaders are Lindholm and Kadri with 19 each. Calgary’s power play scored just 16 goals in 25 games.

At the other side of the rink, The Columbus Blue Jackets are on a 3-game losing skid with the recent loss to the Buffalo Sabres 4-9, Wednesday night. Columbus lagged 0-6 in the first frame and never came close. Columbus will play without Jake Bean, Nick Blanckenburg, Adam Boqvist, Justin Danforth, Jakub Voracek and Zack Werenski.

Calgary Flames vs Columbus Blue Jackets. The NHL pick for this game is the Calgary Flames. The Calgary Flames are playing better hockey than the Blue Jackets. The Flames are 7th in the Western Conference after Wednesday’s win and are one point ahead of the eighth-place Minnesota Wild. Columbus is going in the other direction being last in the Eastern Conference with 18 points and only one point higher than the Anaheim Ducks, who have the worst overall record in the NHL. Predicted to win this match is Calgary at 5-2.