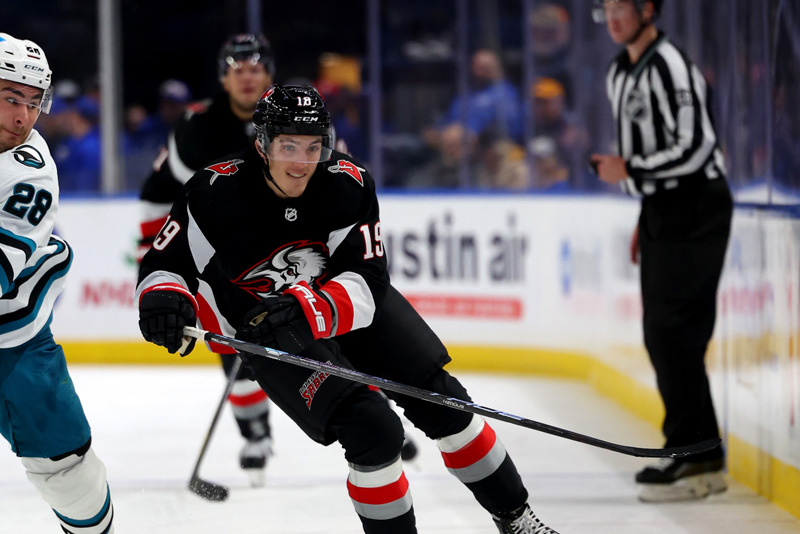 The Buffalo Sabres will roam toward Nationwide Arena in Columbus, Ohio to take on the Blue Jackets on Wednesday at 7:30 PM ET. The Buffalo Sabres recently drowned the Sharks to a score of 6-3, Sunday. The win improved the Sabres season tally to 11-14-1 (23 points). A win in this matchup against the Blue Jackets would have no bearing in the Eastern Conference wildcard standings.

The Sabres avenged their loss to the Colorado Avalanche with a victory over the San Jose Sharks in their last match. The Sabres will ride the momentum to overcome the Blue Jackets. The win will give them their second win in a row and the third win in their last four games. Buffalo is averaging 3.80 goals per game. They scored six goals on 38 shots in their last game. Right-Wing Jack Quinn scored two goals for the Sabres. Jeff Skinner and Tage Thompson made a goal and an assist, while Dylan Cozens had three assists.

Meanwhile, The Columbus Blue Jackets are not performing well at the moment, especially at their home rink. The team lost three games in a row here. Columbus will aim to win this one over to stop the bleeding and be back at the winning column. Columbus is averaging 2.65 goals per game. They scored two goals on 34 shots in their last game.

The Blue Jackets had Marcus Bjork and Kent Johnson scoring a goal each for the team while Boone Jenner had two assists. Columbus is one of the worst teams in terms of defense in the league, giving up 3.91 goals per game. They allowed four goals in their last game and will need a better performance if they want to win this game. Joonas Korpisalo made 31 saves of the 35 shots shot at him. He is 4-5-1 in 10 games with a 3.51 GAA and a .905 save percentage.