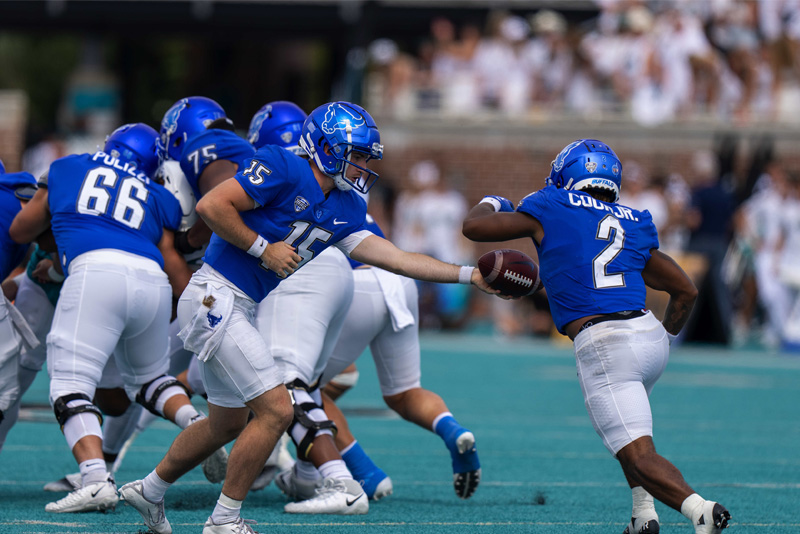 Kelly/Shorts Stadium in Mt. Pleasant, Michigan will be the venue of the Buffalo Bulls against the Central Michigan Chippewas of NCAAF on Wednesday at 7:00 PM ET. Buffalo is currently ranked 89th in total defense (400.6 yards surrendered per game) and 77th in total offense (383.2 yards per game). Buffalo ranked 57th in the FBS in terms of offensive (30.1 points per game), and 76th in terms of defense (27.0 points allowed per game). Buffalo’s passing offense, which averages 241.6 yards per game, is 62nd in the FBS. In contrast, the defense allows the 68th-most throwing yards per game (230.3).

On defense, it is allowing 127.0 running yards per game, which ranks 39th overall. The squad was led by Central Michigan’s third-down defense, which ranks 16th in the FBS with an allowed third-down conversion rate of 30.6%. Its offense is in 100th place 3rd-down rate of 35.5%.

Buffalo Bulls vs Central Michigan Chippewas. The NCAAF pick for this game is the Buffalo Bulls. The Bulls have a 7-2-0 record this year against the spread. Buffalo has an ATS record of 3-2 in contests where it is favored by 1.5 points or more. The team has hit the over five times so far this year. When they were favored on the Moneyline this year, the Bulls won 60% of their games (3-2). This year, the Bulls did not play a game with money line odds of or less. The Buffalo Bulls will win to a predicted score of 34-28.