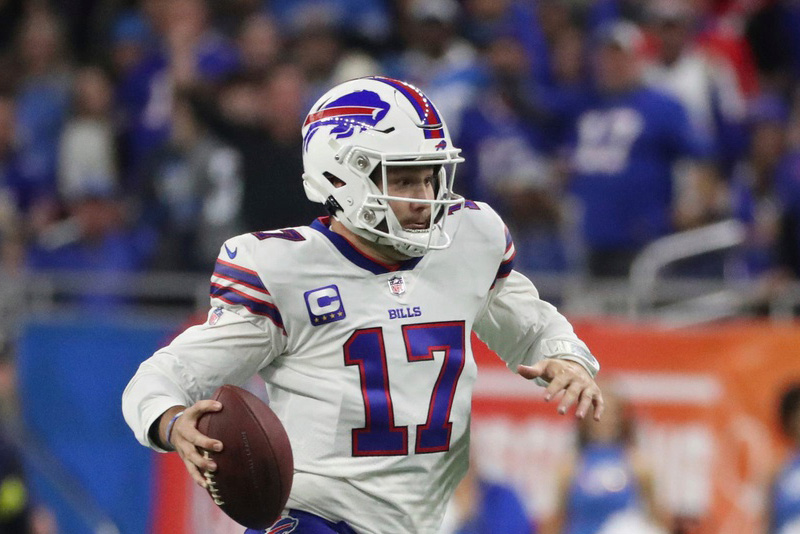 The Buffalo Bills and the New England Patriots will clash at Gillette Stadium in Foxborough, MA, on Thursday at 8:15 PM ET. Buffalo clobbered the Detroit Lions in the Motor City on Thanksgiving Day by winning two games over four days. The Bills advanced to 8-3 on the year and are currently tied with the Miami Dolphins for first place in the AFC East Division, while Miami holds the advantage in head-to-head tiebreakers. Buffalo and Detroit had a back-and-forth game, with the score knotted at seven after the first quarter and the Bills leading 17-14 at the break. After 3 quarters, Buffalo had a 19-14 advantage, trailed 22-19, led 25-22, then saw the Lions tie the match with 23 seconds left. To set up Tyler Bass’ game-winning 45-yard field goal with two seconds left, the Bills covered 48 yards in four plays and in over 21 seconds.

The Bills’ passing offense this season is third in the league with an average of 279.2 yards per game, while its running offense ranks eighth with an average of 136.7 yards per game. Buffalo ranks second in the league for scoring offense, averaging 28.1 points per game, and sixth for scoring defense, surrendering 18.1 points a contest. Josh Allen threw 3,183 yards on 262 of 410 attempts for 23 touchdowns and 11 interceptions so far this season. He has 561 running yards and five touchdowns, which puts him in first place on the squad.

Before the Minnesota Vikings staged a road upset over New England on Thanksgiving night, the Patriots won three straight games and 5 of their previous six. Even though they have a winning record, the Patriots dropped to 6-5 on the year and are currently last in the AFC East. Against Minnesota, New England had a 10-7 lead after the first quarter, a 16-16 tie at halftime, and a 26-23 lead after three quarters, only to lose by a score of 10-0 in the fourth quarter.

The New England Patriots’ passing attack, which averages 216.9 yards per game, ranks them 19th in the league heading into week 13. The Patriots average 21.7 points per game, ranking them 18th in the league in scoring offense. New England ranks sixth in scoring defense with 18.4 points allowed per game. On the year, Mac Jones completed 162 of 234 passes for 1,768 yards, six touchdowns, and seven interceptions. He was sacked 24 times, resulting in losses of 152 yards, and gained 81 yards and a TD on the ground.

Buffalo Bills vs New England Patriots. The NFL pick for this game is the Buffalo Bills. One of the most exciting games that Amazon had on its schedule this season will be this game. Here, two clubs that are heavily involved in the AFC East battle as well as the AFC playoff picture clash. Miller’s departure is a setback for Buffalo. The offensive of Buffalo is still quite dangerous, as was seen against the Lions in overtime when they twice came back to take the lead. The New England defense performed admirably so far this year, but they had trouble last week against the Vikings. Buffalo wins because Belichick’s defense is unable to stop Allen with enough planning. Buffalo will win by a predicted score of 26-19.