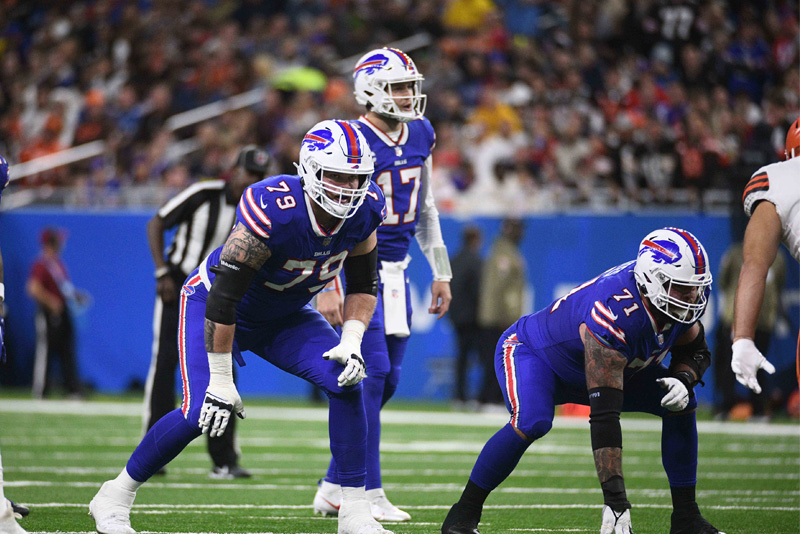 The Buffalo Bills will clash with the Lions at Ford Field in downtown Detroit, Michigan at 12:30 PM ET. According to Draft Kings, the Buffalo Bills have +450 odds to win the Super Bowl this year. This year, the Bills got off to a quick 6-1 start before losing two straight games by a combined three points to the Jets and Vikings. Due to severe snowstorms in the Buffalo area, the game was shifted to Detroit, where Buffalo defeated the Browns 31-23 in a “home game.” It is difficult to dominate the Cleveland Browns’ running game, but the Bills did so by carrying the ball 33 times for 171 yards while limiting them to just 80 yards on 26 tries, with Nick Chubb being held to just 19 yards on 14 touches. For the Bills, Devin Singleton carried the ball 18 times for a season-high 86 yards.

The Bills’ defense was also stingy, ranking fifth best overall while keeping opponents to just 17.4 points per game while surrendering 327.4 yards per game. Buffalo’s offense ranks in the top 10 in terms of points scored, overall offense, passing yards, and rushing yards. QB Josh Allen ranks third in the NFL with 21 touchdown passes, 2,930 passing yards per game, and a QBR of 73.3.

In contrast to the Bills, the Lions had a slower start to the 2022 season. Detroit had a 1-6 record at the start of the season, including a five-game losing skid. Detroit is still going strong and defeated the Packers, Bears, and Giants in three straight games despite being the underdog. At this point, it would be premature to discuss the playoffs, but Detroit does have four of its last seven matches against teams who now have a losing record.

The Detroit offense is their strength; in terms of scoring, total yards, passing yards, and rushing yards, they are among the top-11 teams in the league. QB Jared Goff ranks 10th in the NFL with 2,442 passing yards, a 13th-place QBR of 55.5, 15 touchdown passes, and seven interceptions. Despite just playing in one game this year, Armon-Ra St. Brown leads the team with 594 receiving yards and is 10th in the NFL with 56 catches.

Buffalo Bills vs Detroit Lions. The NFL pick for this game is the Buffalo Bills. Although the offenses of both of these teams are strong, it’s uncertain how Detroit will be able to contain the Bills’ assault. The Bills will move the ball freely, and Jared Goff will commit some crucial errors as a result of Buffalo’s defense. The Detroit Lions will try their best to keep up, but Buffalo will make two or three more stops and win by a touchdown. Buffalo will win to a predicted score of 33-27.