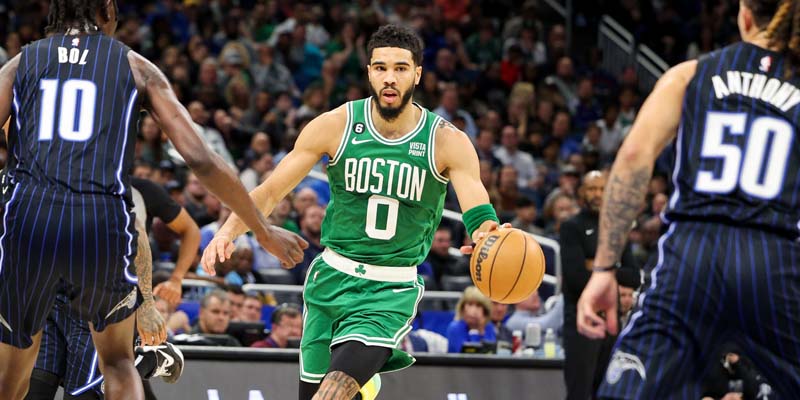 The Boston Celtics will invade Ftx Arena in Miami, Florida to take on the Miami Heat. This will be the second of a back-to-back on the road for Boston. Orlando outscored the Heat by 14 points during the second half of last night’s 113-98 loss to the Magic. The Celtics are on top at 35-13 in the Eastern Conference. The Magic dominated in the paint by a 54-32 margin. Boston allowed Orlando to shoot 51 percent from the field.

Boston is 1-9 in its last 10 matches of the season. The Celtics are averaging 118.5 points on 47.5%  percent FG shooting and allowing 112.2 points on 46.9% shooting from the field. Jayson Tatum is averaging 31.2 points and 8.5 rebounds, while Jaylen Brown is averaging 26.9 points and 3.3 assists. Malcolm Brogdon is the third double-digit scorer while Marcus Smart grabs 3.4 rebounds. The Celtics shot 37.1% from beyond the arc and 83.1% from the FT line. The Boston Celtics are allowing 35.6% shooting from deep and are grabbing 44.7 rebounds per game.

At “ The Sunshine State “, The Miami Heat won 15 of their first 24 home games and held a one-game lead over the New York Knicks for sixth place in the Eastern Conference. On Sunday, Miami outscored New Orleans by seven points during the fourth quarter to earn a 100-96 home victory. The Heat is 6th 26-22, trailed by as many as 16 points, and forced 25 turnovers on the night. Miami SG Tyler Herro led all scorers with 26 points on 10-for-22 FG shooting and grabbed eight rebounds. SF Jimmy Butler and Center Bam Adebayo scored 18 points apiece on a combined 12-for-19 from the field. Veteran PG Kyle Lowry added 17 points and four steals for the Heat.

Boston Celtics vs Miami Heat. The NBA pick for this game is the Miami Heat. Boston Center Robert Williams III (knee) did not play in last night’s game and is likely to suit up for this contest. These two teams rank in the top seven in defensive efficiency and the Heat will likely keep the tempo slow. Take Miami to win at home. Final Score Prediction, Miami Heat win 115-112.