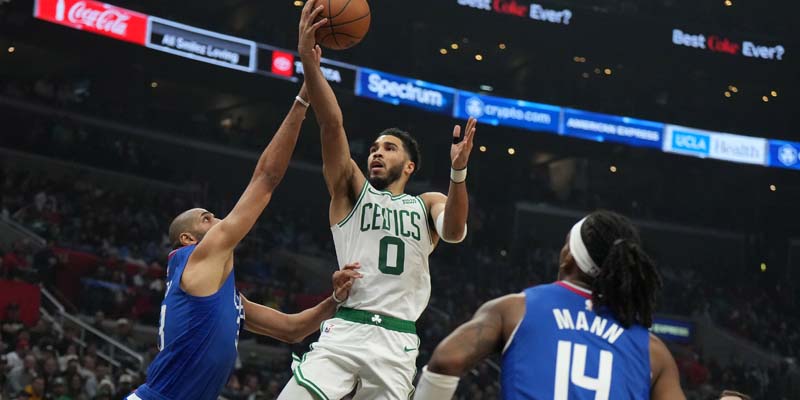 The Boston Celtics will drop by Crypto.com Arena in downtown Los Angeles to meet up with the Los Angeles Lakers on Tuesday evening at 10:00 PM (EDT). The Celtics recently lost to the Golden State Warriors 107-123 at nearby Chase Center in the Bay Area. Boston was 43.7% in FG shooting and drained 12 of their 40 shots from beyond the arc. The team is on top of the league at 21-7.

Boston is 73.1% from the charity stripe making 19 of their 26 trips to the line. SF Jaylen Brown ended up shooting 56.5% from the field and slid 3 assists. He played for 37 minutes and grabbed 9 rebounds. Brown finished with 31 points on 13 out of 23 shooting. Jayson Tatum added 20 points, 11 rebounds, and four assists while Malcolm Brogdon chipped in with 18 points and six assists off the bench.

At “ The Big Orange “, The Los Angeles Lakers concluded their road trips with a win over the Detroit Pistons 124-117 and covered the spread as 5-point favorites. The Lakers delivered 54.8% FG shooting, and 42.3% of their 3-pointers (11-for-26), while posting an excellent 31-11 assist-to-turnover ratio. LA is 12th at 11-15 in the Western Conference and last in the Pacific Division.

SF LeBron James drained 35 points on the Pistons along with five rebounds and five assists. He had a plus-18 net rating. PF Anthony Davis made 34 points, 15 rebounds, seven dimes, and a plus-7 net rating, while Lonnie Walker added 18 points and four triples. The Lakers shot 54 % from the field and 11 of 26 from the 3-point line as they ran after an early 14-point lead, before pouring in 33 points in the 4th quarter to take the narrow win in the closing seconds of regulation.