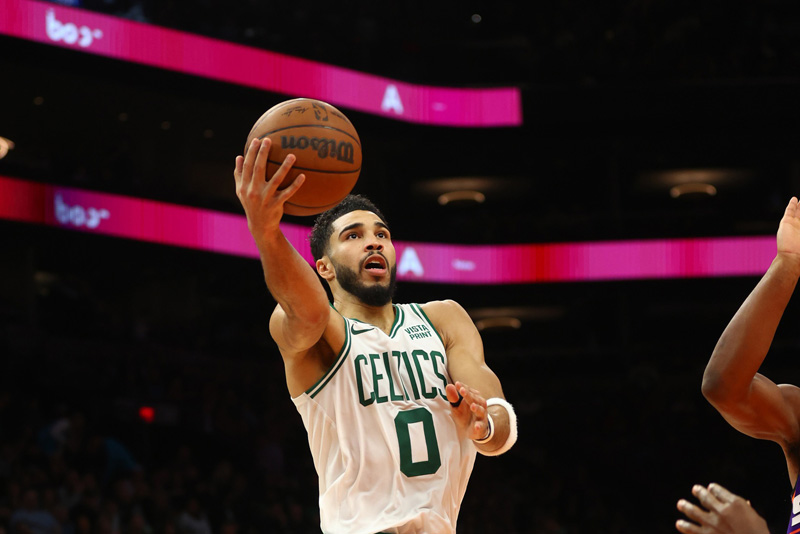 The Boston Celtics and Golden State Warriors will collide in an NBA Finals rematch on Saturday, 8:30 PM (EDT) at Chase Center in San Francisco, CA. Boston comes into this match as a two-point spread favorite. Both teams have players missing with injuries;  Center Robert Williams III and PF Danilo Gallinari remain out while Center Al Horford is day-to-day for Boston. SF Andrew Wiggins and SF Andre Iguodala are out while PG Steph Curry and PF Draymond Green are probable to play for Golden State.

The Celtics are 8-2 in their last 8 matches and are on top of the league on the season. Firing for a 4-game winning run after devastating the Suns in a 125-98 road win on Wednesday, Boston had SF Jayson Tatum and SF Jaylen Brown led the scoring with 25 points apiece. PG Malcolm Brogdon added 16 points and five assists on seven of nine FG shooting in just 19 minutes of play. PF Grant Williams chipped in 14 points on six of six FG shooting. The Celtics shot 48% from the field and 16 of 45 from the 3-point area as they dimmed the Suns from start to finish. The Celtics led by as many as 45 points before they rested their key players.

At “ The Bay Area “, The Golden State Warriors won five of its past six before bowing out on consecutive games to the Indiana Pacers and the Utah Jazz. The losses stopped the momentum building within the team. The trend has been an up-and-down 2022-23 season trajectory, with disappointing defeats followed by statement wins that remind us why this team just won the championship. Winning over Boston in this match on Saturday could stamp their claim that they are on the road to a repeat.

The Golden State Warriors will be working hard to thwart a 3-game losing slump when they face the top team of the moment with the visiting Celtics. The Warriors recently fell heavily after the Jazz edged them to a score of 123-124, Wednesday night. SG Jordan Poole led the Dubs with 36 points and eight assists on 10 of 23 shooting. PF Jonathan Kuminga added 24 points on 10 of 13 shooting off the bench while SG Klay Thompson chipped in with 22 points, but no other player scored more than seven points. The Warriors shot 45 percent from the field and 14 of 42 from the 3-point line.

Boston Celtics vs Golden State Warriors. The NBA pick for this game is the Boston Celtics. Boston is the hottest team in the league all season and they will continue to play that way after putting off the Suns. The Warriors will have to do more after two losses in a row but they will again be without Andrew Wiggins. The Celtics will take this match predicted at 119-115.