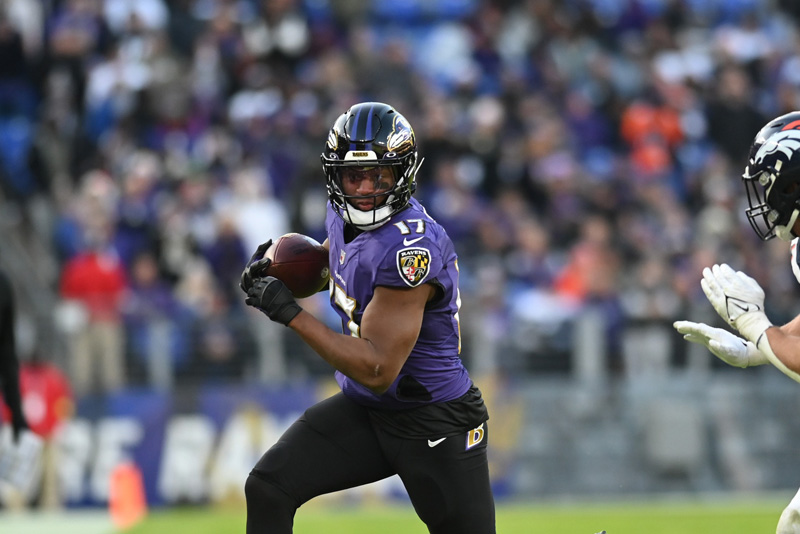 The Baltimore Ravens struck a road win last week dropping the Broncos 10-9. Quarterback Lamar Jackson was knocked out of last week’s game after throwing just 4 passes. Tyler Huntley took over and threw for 187 yards in the win without an interception. Huntley rushed for a touchdown last week and had 41 rushing yards on 10 carries. Baltimore is tied at 8-4 with the Bengals in the AFC North Division.

Baltimore will try to maintain its top post in the AFC North when it clashes with Pittsburgh in a divisional matchup. The Ravens won five of their last six games, including a 10-9 win against Denver last week. Pittsburgh has won three of its last four contests to keep its slim playoff chances alive. The Ravens are 3rd best in the NFL with 192.4 rushing yards per game. Running back Kenyan Drake has 491 rushing yards on the season and 3 rushing touchdowns.

The Pittsburgh Steelers are back home for Week 14 to take on the visiting Baltimore Ravens at Acrisure Stadium in Pittsburgh, PA on Sunday at 1:00 PM (EDT). The Steelers head into this match on a two-game winning dash. Pittsburgh dropped the Atlanta Falcons 19-16 on the road last week. QB Kenny Pickett threw for 197 yards and a TD. Running back Najee Harris rushed for 86 yards on 17 carries in the win. The Steelers average 17.8 points per game which ranks 28th in the NFL.

The Steelers are 4th at 5-7 in the AFC North Division. Pittsburgh lost four of their first five matches to the New England Patriots, Cleveland Browns, NY Jets, and Buffalo Bills. Pittsburgh then hit a 3-3 run with wins over the Buccaneers, Saints, and Colts alongside losses to the Dolphins, Eagles, and Bengals. With last week’s matchup with Atlanta, the Steelers held a 19-13 edge going into the fourth quarter. The Steelers were able to hang on for a 19-16 victory. QB Kenny Pickett posted 197 yards and a score, while Najee Harris had 86 yards on 17 carries.