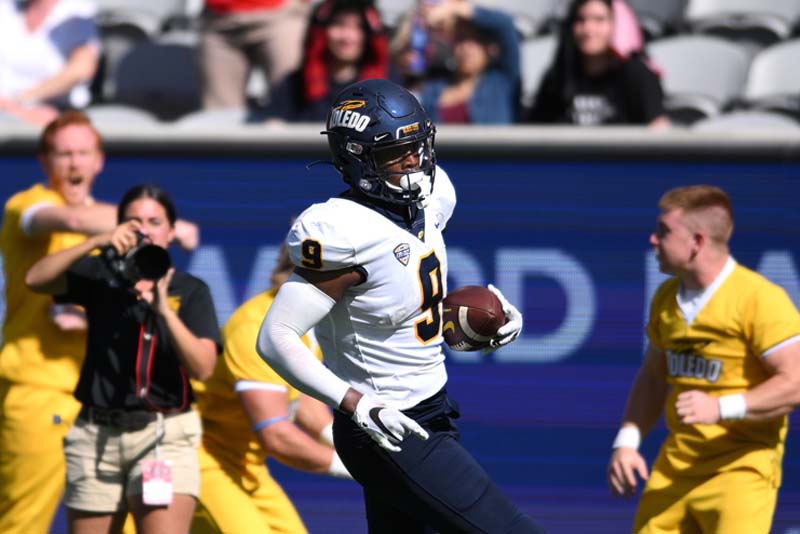 A collision is in course between the Ball State Cardinals and the Toledo Rockets at Glass Bowl in Toledo, Ohio on Tuesday at 8:00 PM (EDT). Ball State is in second place at 5-4 in the MAC West standings. The Cardinals won over the Kent State Golden Flashes 30-27 last week. QB John Paddock hurled 26 of 41 passes for 254 yards with a pair of touchdowns and an interception. RB Carson Steele rushed for 192 yards with one touchdown on 29 carries. WR Jayshon Jackson led the receiving team with 102 yards and a touchdown on 10 receptions.

The Ball State University Cardinals are passing an average of 248.8 yards and rushing 146.9 yards. Quarterback John Paddock delivered a total of 2,239 passing yards while running back Carson Steele rushed for 1,082 yards. Wide receiver Jayshon Jackson led the receiving unit with 735 yards. Linebacker Clayton Coll is the leader of the team’s defense with 78 tackles while cornerback Nic Jones intercepted two passes for the team.

Over on the Toledo side, the Toledo Rockets are in first place at 6-3 in the MAC West Division standings. The Rockets won over the Eastern Michigan Eagles to a score of 27-24. QB Tucker Gleason threw for 238 yards and three touchdowns on 15 of 27 passing while RB Jacquez Stuart rushed for 60 yards on 11 carries. WR Devin Maddoz led the receiving team with 80 yards on three receptions.

Ball State Cardinals vs Toledo Rockets. The NCAAF pick in this contest is the Toledo Rockets but the UNDER is worth looking at. Last week, Toledo only scored 27 points and the team is averaging 35.9 points per game this season. The UNDER was cashed in eight of the last 10 matches played between Ball State and Toledo. Both teams have above average running games. However, Toledo is slightly better than the Cardinals as of late and will be having the home advantage here. Look for the Toledo Rockets to win with a predicted score of 27-17.