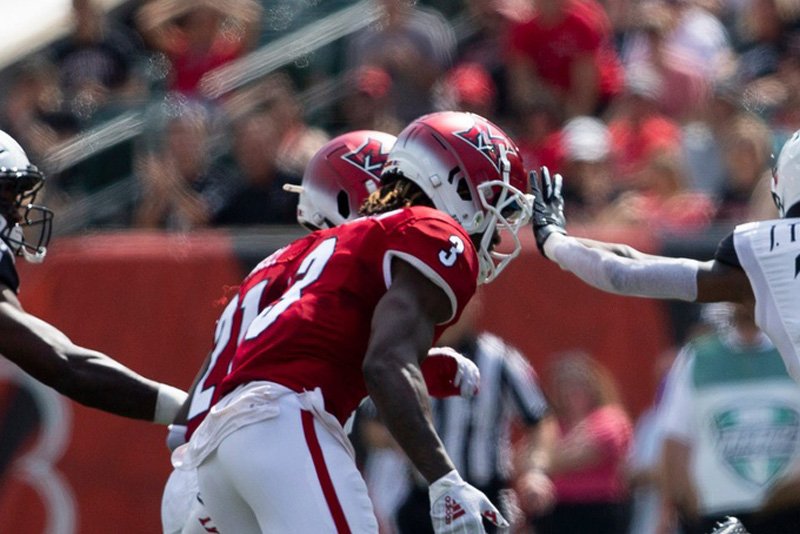 The Ball State Cardinals will clash with the Miami (OH) Redhawks at Fred C. Yager Stadium in Oxford, OH, on Tuesday at 7:00 PM ET. For the Ball State Cardinals to be eligible to the bowl games, they must win this match. Ball State started up MAC play with a three-game winning run but fizzled out lately, dropping three of their last four contests. The Cardinals’ record in MAC play dipped to 3-4 after they lost on the road at Toledo and as 3.5-point underdogs to Ohio at home the previous week. In all three of their MAC away games, they have won.

Ball State’s defense had trouble against tough offensive opponents like Toledo and Ohio. The unit wasted 427 total yards last week against Ohio, and the rush defense is still being broken. Although the pass defense is strong, coming in at 49th overall, the rush defense is rated at 110th. Ball State is averaging 23.8 points per game on average, which places them 94th. They rank 79th in the FBS in terms of average points allowed, giving up 27.7.

If the Miami Ohio Redhawks wish to compete in a bowl game the following month, they must win this game. The Redhawks faced this challenge last week and triumphed over Northern Illinois 29-23 on the road to raise their MAC record to 3-4. They already won two of their previous three games, with their lone defeat coming at the hands of the Ohio team 3-8. One of the Redhawks’ three conference home matches saw them cover the spread.

The Redhawks’ main quality is their defense. In MAC play, they only gave up more than 24 points once. Last week, the group limited Northern Illinois to 365 total yards. The rush defense is 30th, but the pass defense, which can be overcome, is ranked 91st. Miami Ohio is currently ranked 110th with a season scoring average of 20.5 points. They are currently ranked 42nd in the FBS for their average point surrender, which is 23.

Ball State Cardinals vs Miami (OH) Redhawks. The NCAAF pick for this game is the Miami (OH) Redhawks. Miami Ohio and Ball State both have a lot riding on this match. Each team needs the win to reach six victories and become eligible for the bowl. Ball State dropped three of their last four games and isn’t really noteworthy in any way. Miami Ohio triumphed in two of the last three matches. The Redhawks have a good defense, and Ball State was not scoring enough points to win matches. In three of their last four matches, the Cardinals scored 21 points or fewer, and they lack the defense to win games with lower scoring totals. Additionally, the running game is the Redhawks’ major offensive strength. They attempt a pass in only 42% of their plays, as they run a lot. This is important since Ball State struggled to stop the run. They are ranked 110th in the FBS for rush defense after allowing 224 rushing yards last week. The Miami (OH) Redhawks will win to a predicted score of 27-21.