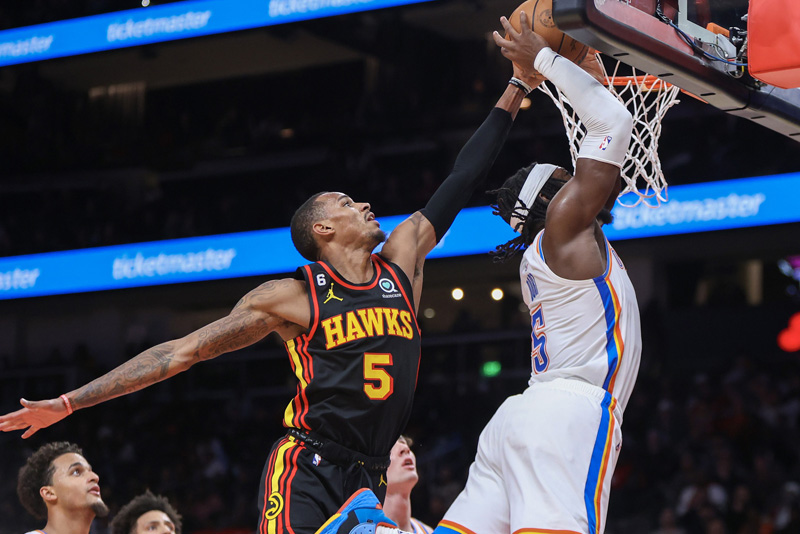 The Atlanta Hawks will swoop down Madison Square Garden to clash with the Knicks in Manhattan, New York on Wednesday evening at 7:30 PM (EDT). The injury-ridden Hawks recently fell to the Oklahoma City Thunder 114-121 with several key players on the injury list. Atlanta is tied for tenth in the league in defensive efficiency. The team is 4th at 14-11 in the Eastern Conference and is leading the Southeast Division.

Atlanta’s Dejounte Murray led with 24 points (10-21 FG) and hauled six rebounds off the glass. All-Star PG Trae Young made 23 points (6-19 FG) and ten dimes. SG Bogdan Bogdanovic pitched in 17 points and three rebounds. The Hawks shot just 43 percent from the field. Atlanta is averaging 114 points per game making 43.1 percent of their field goals and 34.2 percent of their three-pointers.

At “ The Big Apple “, The New York Knicks surrendered six of their last nine contests and will be needing significant adjustments if they want to stay in contention. New York limited Cleveland to 38 points during the second half of a 92-81 home victory, Sunday. The Knicks (11-13) controlled the boards over the Cavaliers by a 54-39 margin and held them to 35% FG shooting. New York is 9th at 11-13 in the Eastern Conference and last in the Atlantic Division.

The Knicks are 4-6 in their last 10 matches of the season. PG Jalen Brunson tallied a game-high 23 points on 7-for-16 shooting and dished out four dimes. PF Julius Randle drained 18 points and pulled nine rebounds. The Knicks had 24 of their 29 three-point attempts. New York is averaging 115 points per game and scored 92 points in their last game, making 40.7% in FG shooting and 17.2% of their three-pointers.

Atlanta Hawks vs New York Knicks. The NBA pick for this game is the New York Knicks. Atlanta will miss starting PFs DeAndre Hunter (thigh) and John Collins (ankle) for this game. teams rank in the top ten in PACE, and opt for the over in the totals. The Knicks are healthier than the Hawks. New York will take this match predicted at 122-113.