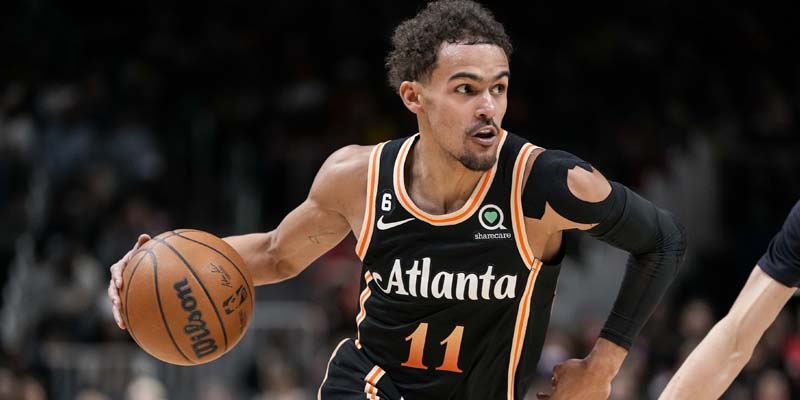 The Atlanta Hawks will go against the Dallas Mavericks in NBA action in American Airlines Center, TX, on Wednesday, January 18, 2023, at 7:30 PM ET. The Atlanta Hawks are in great form entering this game. They now won three consecutive matches to get back to.500 at 22-22. In the Eastern Conference, they are currently ranked ninth, 10.5 matches behind the Celtics in first. The Hawks recently defeated Indiana and Toronto on the road, then on Monday they defeated Miami at home 121-113.

The Hawks were dominant in their victory over the Heat on Monday, shooting 59% from the field and 48% from beyond the arc. Young led the offense with 24 points and eight assists. Young averages 9.8 assists and 27.4 points per game. Dejounte Murray, a teammate in the backcourt, finished with 28 points and 7 assists, while Deandre Hunter and John Collins each contributed 15 points. The Hawks are 20th in points surrendered and 11th in points scored per game.

This year, the Dallas Mavericks were a streaky club, and at the moment, they are experiencing a losing streak. The Mavericks are now 24-21 and sit in fifth place in the Western Conference, 7 matches behind the Denver Nuggets for first place. They dropped 4 of their previous 5 games. After a difficult weekend in Portland where they lost two consecutive, they traveled back home.

The Mavericks enter this contest having lost twice against the Blazers in Portland. They lost 140-123 on Sunday after losing 136-119 the previous day. For a club that ranks 11th in points surrendered and averages 112 points a game, that is pretty shocking. Due to an ankle injury, Luka Doncic was unable to participate in the game on Sunday. Tim Hardaway and Luka Doncic were both labeled as questionable for Wednesday’s game after they departed that game with injuries.

Atlanta Hawks vs Dallas Mavericks. The NBA pick for this game is the Dallas Mavericks. Due to an ankle sprain sustained during Saturday night’s loss to the Blazers, Luka Doncic is labeled as questionable for this contest. After missing the game on Sunday, Doncic now has three days to relax before facing the Hawks in this crucial matchup. As a result of the Mavericks’ recent slump, this game against the Hawks, who are now playing well, will receive a lot of attention. The defense was destroyed versus Portland, but a lot of that was due to road fatigue at the conclusion of a west coast swing. Bring the Mavericks in to defend. Dallas will win to a predicted score of 118-114.