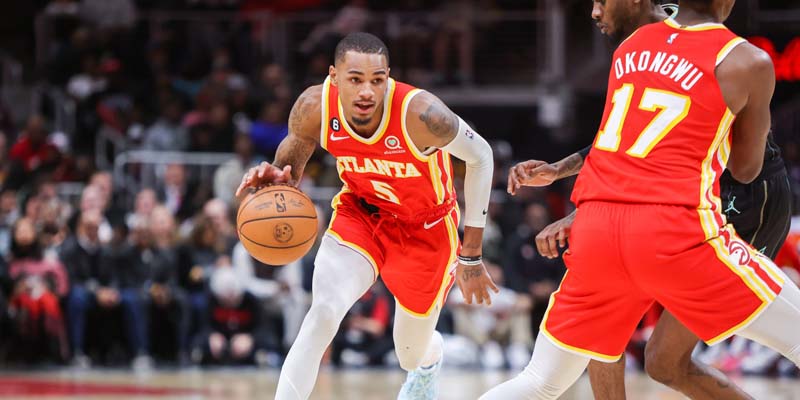 The Atlanta Hawks and the Chicago Bulls will eke it out at United Center in Chicago, Illinois on Monday evening at 8:00 PM (EDT). The Hawks are 8th at 24-23 in the Eastern Conference and 2nd in the Southeast Division. Atlanta won seven of their last ten games and is a game back for sixth place in the Eastern Conference standings. The Charlotte Hornets outscored the hawks 118-122 Saturday, a disappointing home loss for Atlanta.

The Atlanta Hawks are averaging 116 points on 47.6% FG shooting and allowing 116.3 points on 47.5% shooting from the field. PG Trae Young is averaging 27.1 points and 2.9 rebounds while PG Dejounte Murray is averaging 21 points and 5.5 rebounds. PF De’Andre Hunter is the third double-digit scorer while SG Bogdan Bogdanovic is grabbing 3.6 rebounds. The Hawks are shooting 34.6% from the 3-points range and 82.4% from the FT line. Atlanta is allowing 34.4 percent shooting from deep and is grabbing 43.4 rebounds per game.

At “ The Windy City “, The Chicago Bulls won 2 consecutive games and trail Indiana by a half-game for ninth place in the Eastern Conference standings. Chicago recently outscored Detroit 126-108 in a game played in Paris, France. The Bulls are 10th at 21-24 in the Eastern Conference and 4th in the Central Division. Chicago shot 54 percent from the field and converted 19-for-21 from the free-throw line.

All-Star SG Zach LaVine led all scorers with 30 points on 10-for-20 from the field and pulled down five rebounds. SG DeMar DeRozan chipped in 26 points (9-18 FG) and nine rebounds for the Bulls. Center Nikola Vucevic added 16 points, 15 rebounds, and six assists. The Chicago Bulls are shooting 37.2% from beyond the arc and 81.9% from the FT line. The Bulls are allowing 36.6% shooting from deep and are grabbing 42.2 rebounds per game.

Atlanta Hawks vs Chicago Bulls. The NBA pick for this game is the Chicago Bulls. Atlanta SG Bogdan Bogdanovic (knee) did not play in Saturday’s loss and is listed as probable for this match. Both teams rank in the middle of the pack in defense, so the over is worth a look. The stronger play is on the Bulls to win at home. Final Score Prediction, Chicago Bulls win 124-116.