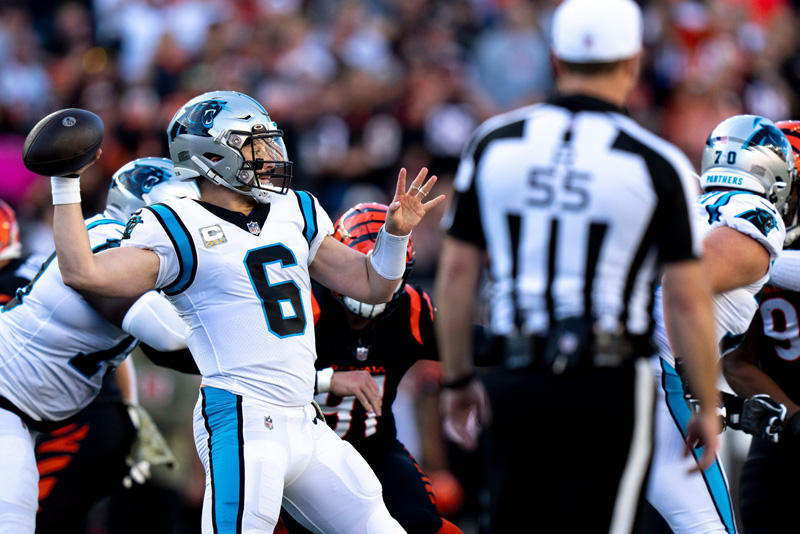 The Atlanta Falcons will go against the Carolina Panthers in NFL action at Bank of America Stadium, NC, on Thursday at 8:15 PM ET. Atlanta and Los Angeles squared off at home with Atlanta grabbing the lead early on but losing on the game’s last play. The Buccaneers have the tiebreaker due to their victory in the first head-to-head matchup, however, the Falcons entered this match with a record of 4-5 and are tied for first place in the NFC South with Tampa Bay. Atlanta trailed LA 10-0 after one quarter, 14-10 at halftime, and 17-14 after three quarters before falling 6-0 in the fourth defeat. Despite having a 336-315 total offensive advantage, the Falcons had a 31:49 to 28:11 advantage in time of possession.

Atlanta’s passing offense is 30th on the season with 157.2 yards per game, while their running offense ranks fourth with 162.9 yards per game. Atlanta ranks 26th in the league by surrendering 25 points per game and ranking 9th in the league in scoring offensively with an average of 24.1 points per game. Marcus Mariota threw six picks and 10 TDs on 124 of 201 attempts for 1,561 yards. He was sacked 21 times, resulting in losses of 146 yards, and gained 304 yards and three touchdowns on the ground.

Cincinnati crushed Carolina on the road Sunday afternoon; The Panthers found themselves on the receiving end of a beating. The Panthers’ season record fell to 2-7, and they are currently last in the NFC South Division rankings. Carolina never recovered against Cincinnati after falling 35-0 at the half following the Bengals’ 28-point second-quarter explosion. The Panthers lost the time of possession 39:21 to 20:39, were outscored in total offense 464-228, gave up 30 first downs while gaining 13, and for good measure, made three turnovers without earning a takeaway.

Atlanta Falcons vs Carolina Panthers. The NFL pick for this game is the Atlanta Falcons. About two weeks ago, these teams played in a crazy game in which the Panthers tied it with a 62-yard touchdown throw before Moore was penalized for removing his helmet on the playing field. In the following game, Cincinnati routed Carolina which appeared unprepared to play because they were behind 35-0 at the half. Walker will start again here after being benched after finishing 3 of 10 passes for nine yards and two interceptions in the first half. Atlanta can return to.500 with a win, but the Panthers simply appear confused at this moment. Since they won the season series, pick the Falcons on the road in this game. The Falcons will win predicted at 4-1.