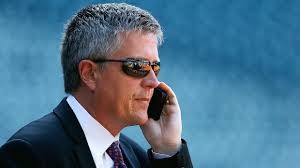 Many fans are very concerned, as the FBI are currently holding an investigation on whether employees for the St. Louis Cardinals were the ones to break into the team’s player database. There was material put online a year back, and the Astros and Cardinals said that they’re working with the authorities to try to solve this problem.

Before he was hired by Houston in December of 2011, Luhnow was the one leading the Cardinals’ player development and scouting department. Pay per head software services found out that before the time that he spent with the MLB, Luhnow was working at Archetype Solutions Inc., a technology firm, and he was asked if not changing passwords could have been the reason why the Astros’ player database was hacked.

“That’s absolutely false,” said Luhnow in an interview with Sports Illustrated. “I absolutely know about password hygiene and best practices. I’m certainly aware of how important passwords are, as well as of the importance of keeping them updated. A lot of my job in baseball, as it was in high tech, is to make sure that intellectual property is protected. I take that seriously and hold myself and those who work for me to a very high standard.”

Luhnow, 49-years-old, emphasized that he did not use any of the Cardinals’ information or intellectual property from the team’s database, which is dubbed Redbird, to make one for the Astros, which got the name of Ground Control.

“I’m very aware of intellectual property and the agreements I signed,” said Luhnow. “I didn’t take anything, any proprietary information. Nor have we ever received any inquiries from anybody that even suggested that we had.”

Luhnow said that he still gets along well with St. Louis, and was quick to dismiss the notion that the hacking took place out of vengeance of some kind, and also said that it was pointless to believe that one team’s outdated information could benefit another team.

“If you were to take a snapshot of the database of one team, within a month it would not be useful anymore, because things change so quickly,” he said.