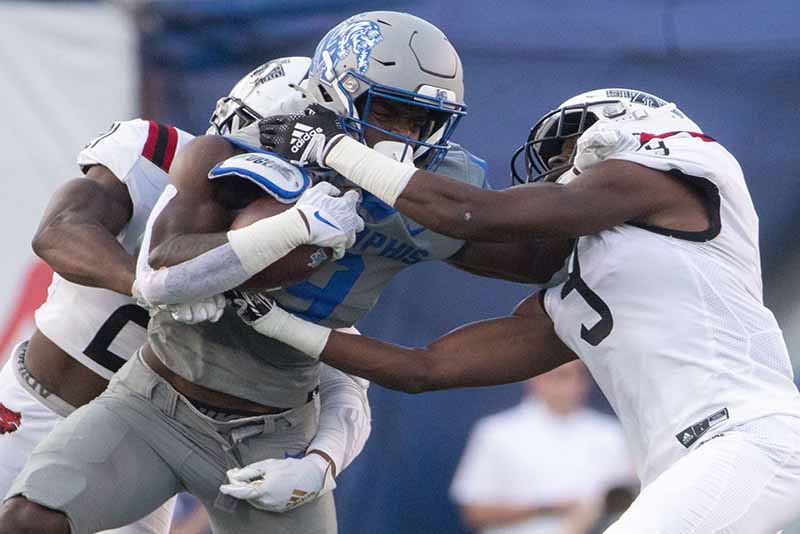 The Texas State Bobcats are averaging just 22.4 points per game on average, which ranks 102nd in the country. The Bobcats rank 130th in terms of running average with just 66.9 yards per game and 69th in terms of throwing average at 232.0 yards per game. Texas State is 124th in the nation for total offense per game with 298.9 yards. Layne Hatcher has a throwing total of 2,324 yards, 19 touchdowns, and 9 interceptions. Lincoln Pare leads the team in rushing with 464 yards, while Ashtyn Hawkins leads the team in receiving with 587 yards and seven touchdowns.

The Texas State defense is ranked 68th and 47th overall with an average of 26.2 points and 361.0 yards allowed per game. Texas State gives up 243.1 passing yards and 117.9 running yards per game on average, while the Bobcats have 10 takeaways so far this year. Sione Tupou, a linebacker for Texas State, leads the group in tackles made with 71. Levi Bell leads the squad with 5.0 quarterback sacks, and Kordell Rodgers has four interceptions.