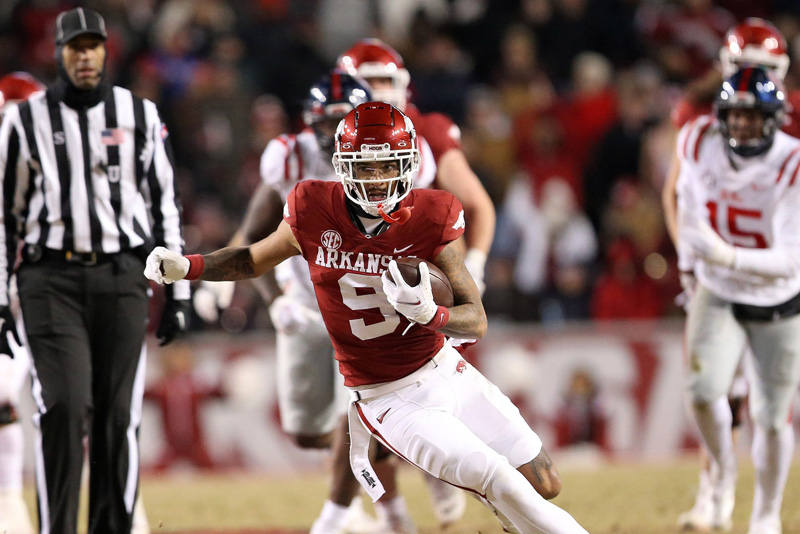 The Arkansas Razorbacks will play against the Missouri Tigers at Memorial Stadium at Faurot Field in Columbia, Missouri on Friday at 3:30 PM ET. Arkansas just made a surprise performance by beating Ole Miss over the weekend. The team started the year with three wins in a row but then lost to Texas A&M, Alabama, and Mississippi State in a row. The Razorbacks went 2-2 after that, beating BYU and Auburn but losing to Liberty and LSU. Arkansas scored 35 points in the first half of their game against Ole Miss on Saturday, leading 42-6 going into the fourth quarter. Ole Miss scored a few extra points from there as Arkansas defeated them 42–27.

Quarterback KJ Jefferson completed 2,148 passes for 2,148 yards, 20 touchdowns, and 3 interceptions. The leading receiver is Matt Landers, who has 723 yards and four touchdown grabs while running back Raheim Sanders has 1379 yards and 10 touchdowns on the ground. Linebacker Bumper Pool leads the defense in tackles made with 101. Arkansas has seven interceptions and 37 quarterback sacks.

The Missouri Tigers‘ first three games were wins, but then they lost to Auburn, Georgia, and Florida in a row. The Tigers then beat Vanderbilt and South Carolina before losing to Kentucky and Tennessee. When they faced up against New Mexico State, the Tigers posted a 21-0 advantage at the break. In the second quarter, Missouri scored 24 more points to win 45-14.