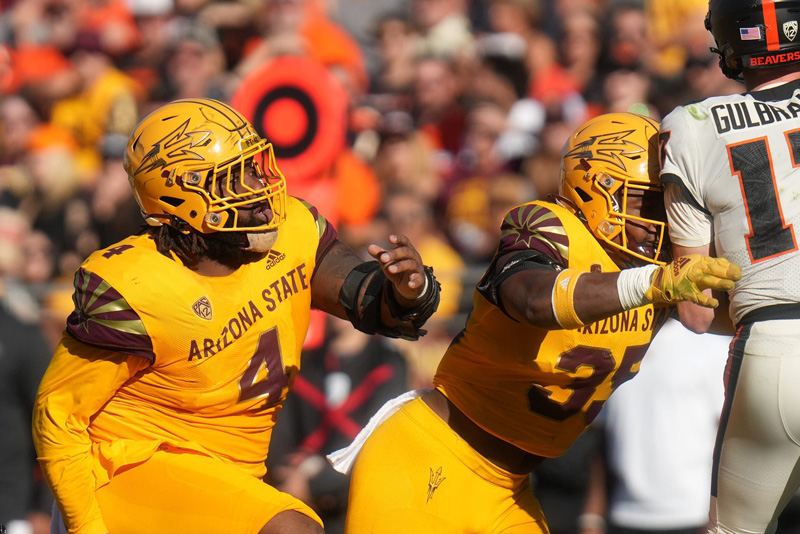 The Arizona State Sun Devils will head to Arizona Stadium in Tucson on a three-game losing skid and take on the Arizona Wildcats on Friday afternoon. Arizona State dropped to 3-8 overall and 2-6 in Pac-12 play after losing three games in a row including their recent 7-31 home defeat to the Oregon State Beavers. The Sun Devils were limited to just 276 yards of total offense while their defense gave away 443 total yards of offense. Running back Xazavian Valladay led Arizona State rushing for 109 yards while reaching the end zone once in the year.

Quarterback Emery Jones had a total of 1,533 yards and landed seven touchdowns but was intercepted four times on the season. Valladay led the ground offense with 986 rushing yards and nailed 13 touchdowns while WR Elijah Badger led the receiving unit with 758 yards and penetrated the end zone on six occasions. LB Kyle Soelle led all defenders of Arizona State with a total of 98 tackles while the Sun Devils totaled 14 sacks with 10 interceptions.

The Arizona Wildcats will bounce back from their recent loss at home to the Washington State Cougars. Arizona dropped to 4-7 overall and 2-6 in Pac-12 play following its eleven-point loss to Washington State 20-31. The Wildcats acquired a total yardage of 441 yards but committed four turnovers in the loss. The Cougars’ Derrick Langford Jr. converted a 35-yard pick-six in one of Arizona’s loss ball errors. QB Jayden de Laura threw for 357 yards and completed a touchdown but intercepted four times in the losing effort.

The Wildcats starting QB Jayden de Laura led in passing for 3,558 yards and made 25 touchdowns with 12 interceptions on the season. RB Michael Wiley led Arizona’s running game with 564 yards and nailed five touchdowns while WR Jacob Cowing hauled down 80 passes for 1,074 yards and reached the end zone eight times for the season. LB Jerry Roberts intensified the defensive line with 71 total tackles while the Arizona Wildcats tallied 15 sacks and three interceptions for the year.

Arizona State Sun Devils vs. Arizona Wildcats. The NCAAF Pick for this contest is Arizona -3.5. Though the Wildcats are having a hard time winning games this season, Arizona will be playing at their home field on Friday posting an average of 30.2 PPG and accumulating an average of 463.3 yards per contest which ranked 20th in the league. The Wildcats have an outstanding passing offense averaging 329.2 yards per match and will penetrate Arizona State’s defense that conceded 417.1 yards of total offense with 30.8 PPG this season. Prediction: Arizona will win 37-31.