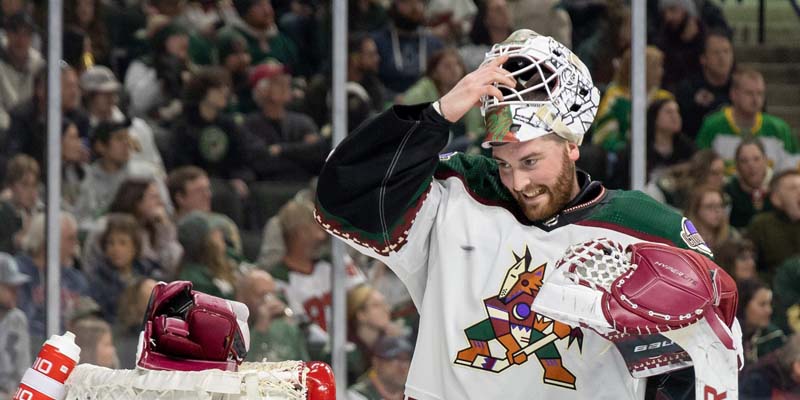 The Arizona Coyotes will be at Canada Life Center in Winnipeg for their next road tour to face off with the Jets on Sunday, January 15. The Arizona Coyotes, one of the league’s weaker teams, will be facing a challenging match against the Winnipeg team. With a record of 13-25-5 and 31 points in 41 games played, the Coyotes have struggled on the road with a 6-18-3 record this season. They enter the match on an 8-game losing streak, after a 1-2 road loss to the Minnesota Wild. In the losing effort, Lawson Crouse scored the Coyotes’ only goal, his 16th of the season, assisted by Jack McBain and Jakob Chychrun, in the later stages of the match.

Clayton Keller is having a standout season for the Arizona Coyotes; he has been a key player for the team for many years. He currently has 14 goals, 23 assists, and 37 points in just 41 games played this season. Despite the team’s current struggles, the Coyotes have a promising future in the NHL, but unfortunately, they are unlikely to make it to the playoffs this year.

The Winnipeg Jets are one of the top teams in the Western Conference, tied for first place with the Dallas Stars with 57 points each. They have an impressive record of 28-14-1. The Jets’ top player this season is Kyle Connor, who has been the most productive player on the team. He leads the team in several categories, including goals, assists, and points with 21, 32, and 53 respectively, in just 43 games played.

The Jets approach this match-up against Arizona with fierce determination and a burning desire to win, as one of the Western Conference’s top teams, currently tied for first place with the Dallas Stars at 57 points each. With their record of 28-14-1 and an impressive 16-6-0 at home this season, the Jets are riding high on a two-game winning streak, following a decisive 4-1 road win over the Pittsburgh Penguins in their last game. Center Mark Scheifele led the charge with two goals, while Center Cole Perfetti was the team’s top playmaker with 3 assists in the victory.