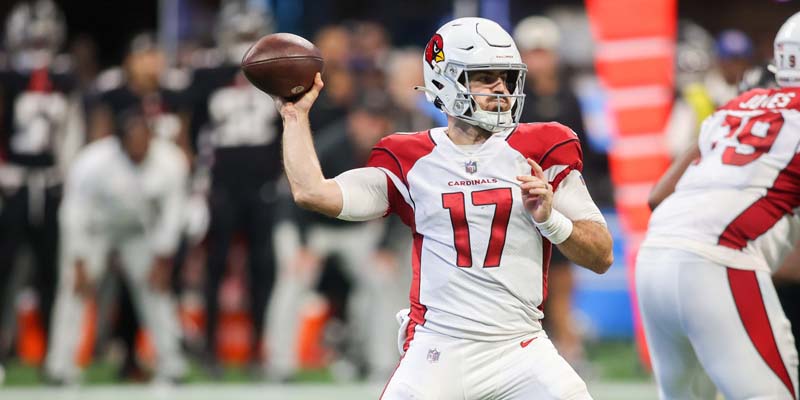 The Arizona Cardinals and the San Francisco 49ers will meet at Levi’s Stadium, CA on Sunday, January 8, 2023, at 4:25 PM (EDT). The Cardinals are in fourth place in the NFC West standings with an overall record of 4-12. The team is entering this match with six straight defeats, following a 19-20 loss against the Atlanta Falcons. David Blough completed 24 of 40 passes with 222 yards and a touchdown. James Conner rushed for 79 yards on 16 carries while Trey McBride led the receiving team with 78 yards and a touchdown on seven receptions.

The San Francisco 49ers, on the other hand, are in first place in the NFC West standings with an overall record of 12-4. The team is entering this match with nine straight wins, following a 37-34 victory over the Las Vegas Raiders. Brock Purdy completed 22 of 35 passes with 284 yards, two touchdowns, and an interception. Christian McCaffrey rushed for 121 yards and a touchdown on 19 carries. Brandon Aiyuk led the receiving team with 101 yards and a  touchdown on nine receptions.

Arizona Cardinals vs San Francisco 49ers. The NFL pick for this game is the San Francisco 49ers. Even though the 49ers are the clear favorites in this game, they still have a chance to win. In my opinion, San Francisco is the NFC team to beat. Even though they had trouble last week against the Raiders, I still think they won’t take Arizona lightly in this one. The Cardinals lost their past two games by three points or fewer, but after six straight defeats, with their head coach’s destiny already decided, the Arizona club might not be able to move the ball consistently or perform well enough overall to keep the game close. The San Francisco 49ers will win to a predicted score of 28-11.