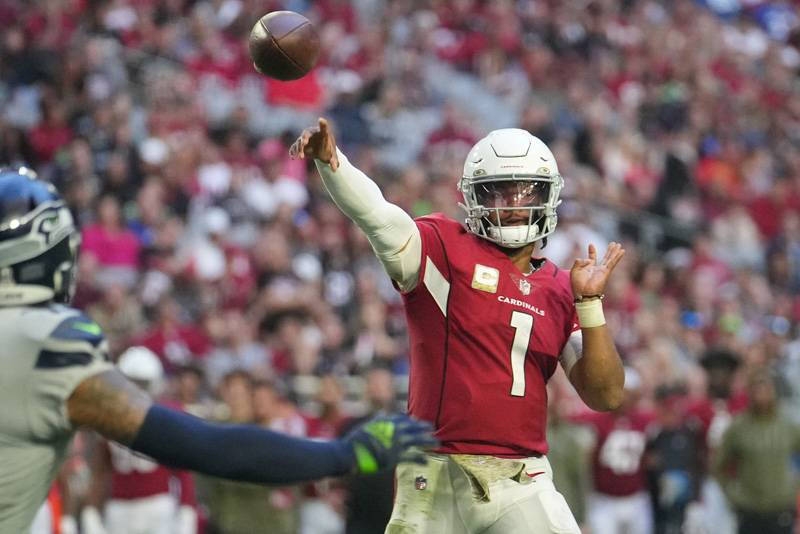 The Arizona Cardinals will square off with the Rams at SoFi Stadium, CA, on Sunday at 4:25 PM ET. The Cardinals have a 3-6 record heading into this game. The team lost to the Seahawks by a score of 31-21 in their most recent game. QB Kyler Murray led the Cardinals in rushing with 8 carries for 60 yards (7.5 yards per attempt). WR Rondale Moore gained 69 yards on 8 catches for an average of 8.6 yards per catch. Murray finished the game without throwing a pick and finished with a QB rating of 101.5.

Arizona allowed 158 yards in the rushing game on 34 attempts, averaging 4.6 yards per rush allowed. The team had a completion rate of 76.5% and gave up 26 of 34 attempts for a total of 263 yards. They had 61 plays total, which resulted in 262 yards at the time the game was over. The Arizona Cardinals carried the ball 21 times for a total of 122 yards, averaging 5.8 yards per attempt.

The Los Angeles Rams have a 3-5 record heading into this contest. The Rams lost to the Buccaneers 16-13 in their last game. Matthew Stafford finished the match with 165 yards on 13 of 27 passes and a quarterback rating of 80. For the Rams, Cooper Kupp led in the passing game, hauling in 8 passes for 127 yards (15.9 yards per catch).

Arizona Cardinals vs Los Angeles Rams. The NFL pick for this game is the Arizona Cardinals. Los Angeles averaged just 16.4 points per game on the season. Arizona performed better, scoring 22.6 points, but are losing 26.8 points per game. Only Detroit performed worse at 29.3. Although the Rams’ defense was not always solid, their 21.6 points surrendered per game is about average. L.A. was able to prevent the Cardinals from scoring in the first game, although they did surrender 365 yards, 295 of which came via the air. That was before Hopkins needed to be defended. The Arizona Cardinals will win to a predicted score of 21-17.