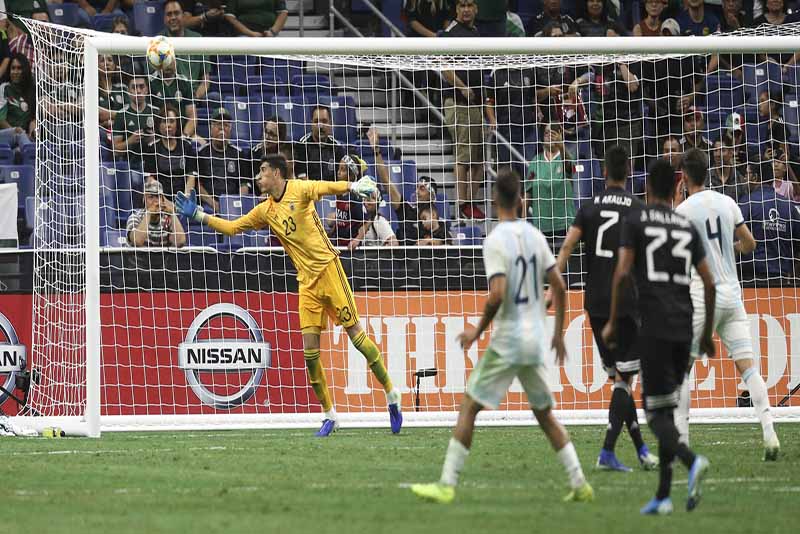 Argentina will meet with Mexico in a FIFA World Cup action in Lusail Iconic Stadium, QATAR, on Saturday, November 26, 2022, at 2:00 PM ET. They started a record-breaking 36-game undefeated streak after succumbing to Brazil in the 2019 Copa America. As the defending South American champions, they entered the tournament as one of the favorites, at the very least, to make it to the final four.

All of that momentum, though, didn’t matter much on the first day of their World Cup campaign, as Lionel Scaloni’s team allowed an early lead to slip away from them at Lusail Stadium over six second-half minutes. At halftime, the Albiceleste appeared to have the upper hand after gaining the advantage on Lionel Messi’s opening penalty kick after having three previous ‘goals’ disallowed for offside. However, two Saudi Arabian goals soon after the half completely changed the game, and the underdogs of Group C persevered to secure a triumph that will live on forever.

The previous time Argentina won a major championship was in the summer of 1986, so there was already pressure on them to win the World Cup, which would be Messi’s final appearance on the biggest platform in sports. Scaloni must thus swiftly gather his team before taking on a Mexico team that is one point ahead of Argentina in the rankings and the country that hosted their last triumph at this level. The Argentinians recently eliminated their Latin opponents twice in the round of 16, and they are still unbeaten in the past 10 games between the nations going back to 2004. They overcame El Tri in the World Cup’s inaugural edition in 1930. All of which, if history is any indication, works in their favor, but the world will now be watching eagerly to see how they react to their seismic blow against the Saudis.

Mexico’s tournament got off to a reasonably calm start on Tuesday with a 0-0 tie with Poland, one of the numerous scoreless draws in the opening week of Qatar 2022. In some ways, Tata Martino’s team was glad for the solitary point they earned in the end. Robert Lewandowski was denied a goal from the penalty spot after Hector Moreno was adjudged to have fouled him in the box, thanks to a key stop by veteran goalkeeper Guillermo Ochoa. That outcome sets up a potentially crucial matchup in terms of Group C qualifying this weekend, as El Tri seeks to advance to the knockout stage once more.

The Mexicans, who are competing in their eighth straight World Cup, lost in the last 16 in each of their previous seven appearances. Former Argentine coach Martino is charged with changing that pattern by defying expectations and reaching the quarterfinals. In 1986, when Saturday’s opponents went on to win the trophy courtesy of a Diego Maradona masterclass on Mexican soil, La Seleccion last reached that stage of the competition as the hosts. The team from this year may need to at least get a second point in Lusail before they can expect to replicate such a performance, or else their chances of moving on will be hanging by a thread.

Argentina vs Mexico. The FIFA World Cup pick for this game is Argentina. Argentina last lost in their opening World Cup game in 1990; Maradona eventually led his team to the championship game. This Messi-led Albiceleste can now secure a crucial opening victory for the 2022 edition, but it will not be an easy task given the expectations of a football-mad nation and a transitional Mexico squad. Argentina will win to a predicted score of