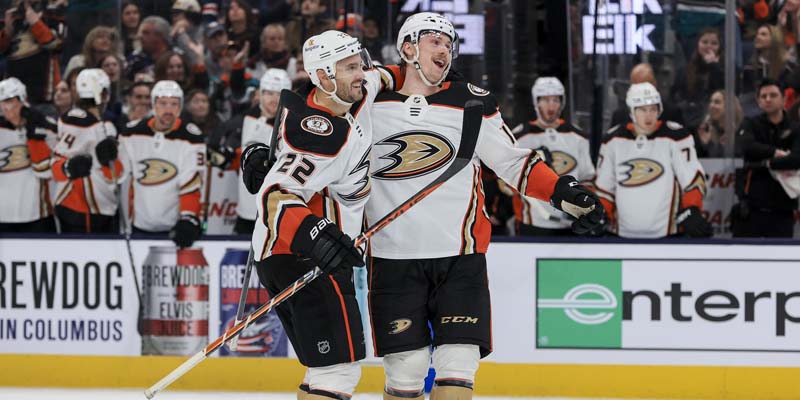 The Anaheim Ducks will meet with the Buffalo Sabres in NHL action in KeyBank Center, NY, on Saturday, January 21, 2023, at 12:30 PM ET. The Ducks ended their five-game winless skid against the Blue Jackets in their most recent contest. They will try to maintain the momentum by defeating the Sabres, which would mark their second straight victory and fourth in the past nine contests. Anaheim scores 2.33 goals per game on average. In their most recent game, they had 33 shots and scored five goals.

For the Ducks, Trevor Zegras and Adam Henrique each contributed a goal and an assist. Isac Lundestrom got two assists and Max Jones had one goal. Anaheim ranks among the league’s worst defensive squads, allowing 4.15 goals per game. In their previous match, they allowed three goals, so if they want to win this one, they will need to play better. Out of the 15 shots he faced, Anthony Stolarz blocked 12 of them. In 17 matches, he has a 3-6-0 record, a 4.04 GAA, and a.892 save percentage.

The Sabres defeated the Islanders in their most recent game to end their two-game losing streak. They will attempt to maintain their winning streak by defeating the Ducks, which would be their third victory in their previous five games and their second straight victory. Buffalo scores 3.75 goals per game on average. In their previous game, they had 45 shots and scored three goals.

For the Sabres, Dylan Cozens and Victor Olofsson each scored one goal. Jeff Skinner got one assist, while Rasmus Dahlin had two. Buffalo had trouble stopping the opposition, allowing 3.46 goals per game. They need to play better if they want to win this game after giving up two goals in their previous contest. Out of the 26 shots he faced, Ukko-Pekka Luukkonen stopped 24 of them. In 17 games, he has a record of 11-5-1, a 3.33 GAA, and a.898 save percentage.

Anaheim Ducks vs Buffalo Sabres. The NHL pick for this game is the Buffalo Sabres. Five of the Ducks’ last six matches ended in defeat, and three of their last four on the road. They aren’t particularly good offensively, producing only 10 goals in their previous five games, despite scoring five goals in their most recent game. Additionally, they had trouble on special teams, converting only 16% of their power play chances. The Sabres don’t have a strong defensive unit, but they perform better at home and won’t be put to the test by the Ducks in this game. Even though the Sabres had recent difficulties, they were playing well offensively lately, scoring 12 goals in their last four games. Additionally, they performed well on special teams, converting over 26% of their power play chances. Expect the Ducks to struggle in slowing down the Sabres as they rank among the poorest teams in the league when it comes to penalty kills and underperform defensively, giving up more than four goals per game. Buffalo should be chosen to cover the puck line. The Buffalo Sabres will win to a predicted score of 6-2.