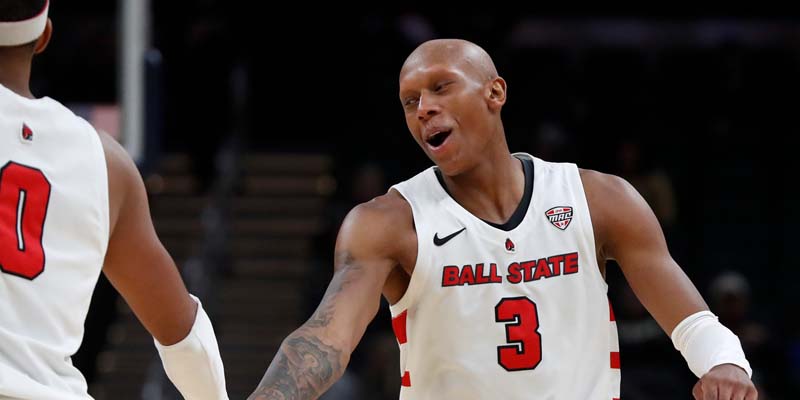 The Akron Zips will clash with the Cardinals in NCAAB action at John E. Worthen Arena, Muncie, IN, on Friday at 8:30 PM ET. Ball State is 10-4 while the Zips have a 9-5 record thus far this season. The Zips dominated both of their head-to-head meetings over the Cards last season and won 7 of their previous 10 encounters. The MAC’s Cardinals and Zips are both 1-0 so far this year. Akron is off to a strong start on the season after beating Northern Illinois 76-51 in their first conference match.

Forward Enrique Freeman scored 27 points against the Huskies; he was the Zips’ top scorer in their last 2 meetings. Despite their record, Akron’s offensive was not so effective this year. The Zips’ offense is ranked 304, 268, and 231 in FG%, FT%, and PPG, respectively. The Zips head coach John Groce will challenge the Cards’ strong penetrating offensive plays.

The Ball State Cardinals will be aiming for their 11th victory of the year. The Cardinals just beat Toledo Rockets 80-73, where Jarron Coleman scored a game-high 26 points. Junior Guard Coleman was the Cardinals’ top scorer over the past two games, earning 14.2 ppg. Coleman is the Cardinals’ go-to shooter from beyond the arc averaging 2.3 long-range goals each game. Ball State has a strong offense with some accurate snipers. The offense of Ball State is rated 73rd in PPG, 23rd in FG%, and 13th in 3-point FG%.

The Cardinals have Jaylin Sellers, who leads the team in scoring with 14.5 ppg. Jarron Coleman averages 3.4 assists per game, while Payton Sparks averages 7.7 rebounds per game for Ball State. Demarius Jacobs averages 1.7 blocks and 1.5 steals. Ball State recorded its two highest totals ever.