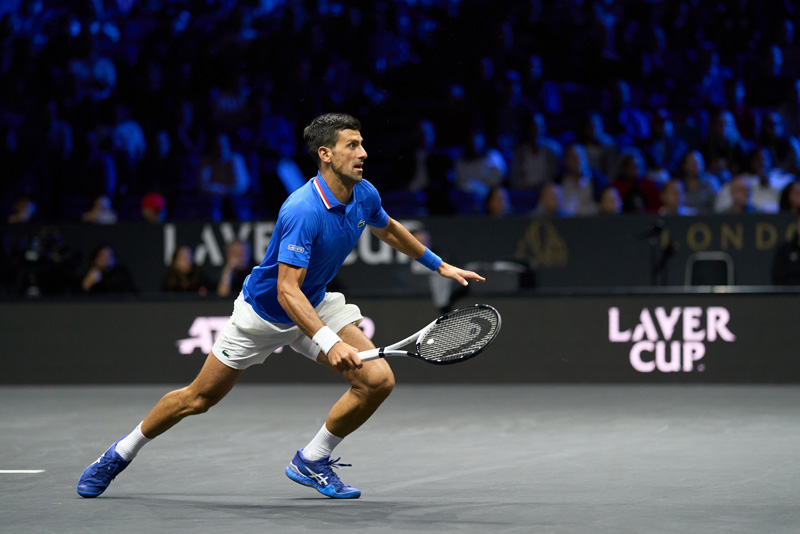 The 2022 ATP Finals is here and the best players of the world gather to compete in the season-ending championship of the Tour. The competition is the most notable tournament in the yearly ATP schedule after the Australian Open, the French Open, Wimbledon,  and the US Open. The event presents the top eight singles and doubles players based on their performance over the season.

The tournament is sometimes dubbed “ The Fifth Grand Slam ” due to the honor and prestige it brings to top players who qualified and won this competition. The eighth seed of this event is reserved for a player or team who won a major in the year and is on the 8th to 20th in the world rankings.

Consider the 2022 Nitto ATP Finals as the grand finale of the season. Eight of the world’s finest will be competing from November 13 to 20 in Turin, Italy. Serbian Novak Djokovic is preparing for the coming year and he is the favorite to rule over the competition. The event is one of the most exciting year-ending tournaments of the year.

Spaniard Carlos Alcaraz has the opportunity to earn the year-end top-rank position. Another Spaniard, former number one Rafael Nadal, is working to bounce back from his disappointing loss at the 2022 Paris Masters. Djokovic is on the move for the 2023 season.

Betting on the 2022 Nitto ATP Finals

Just behind the four grand slams of the tennis realm, The year-ending ATP Finals has total prize money of $14,750,000 and is the fifth highest-paying tennis tournament of the year. The prize money offered significantly increased in both men’s and women’s categories. The tournament’s website tracks the remunerations offered at every WTA and ATP competition in the calendar year.

With all this information available, it is within reason to assume that punters would want to place their bets for the 2022 ATP Finals odds. They will be available at all the best tennis sportsbooks. Look for these features in choosing a betting platform to put your wagers on:

Above all, the best features the site has to offer, the best online bookmakers also need to have live betting on tennis. This way, you can adjust your ATP Finals wagers depending on the events happening on the courts of the Pala Alpitour in Turin.

Whatever you decide, just make sure you’re using the best ATP Finals betting sites. You can also log on to www.idsca.com for a wealth of information they have in store for you.

The former world number one Serbian will come to Turin as the no.7 seed. Djokovic will play in the “ Red Group “ along with Stefanos Tsitsipas, Andrei Rublev, and Daniil Medvedev. It’s not going to be a walk in the park, but Novak will advance to the knockout phase for certain.

The Spanish teenager is the youngest player in history to get to the ATP no.1 at 19 years old. Unless spoils this opportunity big time in the ATP Finals, he will remain on top there until the end of the year. It is unfortunate that he’ll face Djokovic in the tournament opener in round one. The good news is that he’s got a 100% win/loss record against the Serb.

Former world number one Rafael Nadal started out sizzling in the first half of the year. After which his struggles were all uphill. One of the unfortunate events Nadal suffered was his disappointing first-round loss in the Paris Masters. He can only redeem himself by forgetting his French disconnection and excelling in the ATP Finals in Italy.

The other top players that will be playing in this prestigious competition are Stefanos Tsitsipas, Casper Ruud, Daniil Medvedev, Felix Auger-Aliassime, Andrey Rublev, and Taylor Fritz.

Alexander Zverev won the 2021 singles title in Turin with a 6-4, 6-4 win against Daniil Medvedev in the championship match. Unfortunately, Zverev suffered an injury that hindered his participation in this event.

The top three mentioned above are the most noteworthy protagonists for the title of the Turin year-ending ATP competition. But if there is another player that could dip in among the top three, that would be Canadian Felix Auger Aliassime.

The 22-year-old Aliassime had a brilliant run with five titles (five singles titles and one in doubles) for the year 2022. All of his titles won occurred on the indoor hardcourts which is the type of playing surface at the 2022 ATP Finals. Also, he has a decent record against players from the top of the ATP List.

Auger Aliassime is 3-0 against Carlos Alcaraz and 1-1 with Novak Djokovic. He is 0-2 against Nadal in competitive matches, but he did defeat the Spaniard in an exhibition match in June.

The competition in Turin expects Novak Djokovic to win this prestigious tournament. It will not be easy but he is the most capable player to bet on; this formidable opponent thrives when the going gets rough in an event like this one.