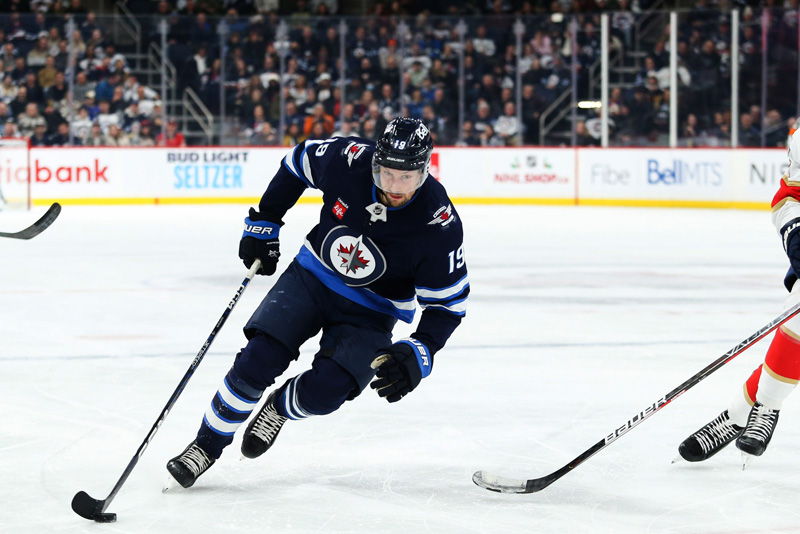 The Winnipeg Jets and St. Louis Blues meet Thursday in NHL action at the Enterprise Center in St. Louis, Missouri at 8:00 PM (EDT). The Jets won 6 of their last 8 games while St. Louis lost 6 of their last 8 matches. Winnipeg (16-7-1) ended their latest four-game home defense on a 3-1-0 slate after posting their fifth win in the last six fixtures (5-1-0) after drubbing the Florida Panthers 5-2 at Canada Life Centre on Tuesday.

In the Jets’ victory over the Panthers, Mark Scheifele (15 goals, 21 points this year) and Kyle Connor (10 goals, 26 points) both netted twice. Adam Lowry (5 goals, 15 points) bagged an empty-netter scoring at least five snipes in five of their previous six matches. Winnipeg was outshot 41-31 by the Isles, including 25-8 in the second quarter, but went 2-for-4 with the man advantage and 3-for-4 on the penalty kill.

Meanwhile, the St. Louis Blues ended a four-game losing skid (0-4-0) after snatching just their second victory in their past eight matches (2-6-0) after shaking off the New York Islanders 7-4 at UBS Arena on Tuesday. The Blues took a 5-1 lead at the onset of the third quarter but allowed three consecutive goals subsequently before capping with two empty-netters in the last two minutes of regulation.

St. Louis is averaging 2.9 goals per game and is scoring 23.5% of their power play opportunities. Jordan Kyrou leads the Blues with 10 goals, Robert Thomas slid 18 assists, and Justin Faulk has 67 shots on goal. St. Louis Blues’ defense allows 3.8 goals per game and is killing 65.5% of their opponent’s power plays. Jordan Binnington allowed 64 goals on 575 shots fired at him, and Thomas Greiss gave up 26 goals on 277 shots.

Winnipeg Jets vs St. Louis Blues. The NHL pick is the Winnipeg Jets. Winnipeg is the better team in this matchup. The Jets are on their second winning slide while the Blue barely escaped from a five-game losing slump. The St. Louis Blues are struggling with their defenses at home; getting the stops they need is strange to them. The Winnipeg Jets are playing their best hockey of the season, and they’ve absolutely trounced teams with losing records. Winnipeg has the advantage to secure the victory over the Blues and win with a predicted score of 4-2.