What to expect in NFL Preseason Week 3 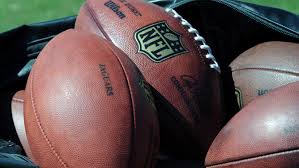 The madness and unpredictability of the NFL preseason continues, and your favorite bookmaking services will keep the action going for all the games coming this week. So far the preseason has proven to be unpredictable and teams, even though with all the different teams trying out their out their squads. There has been no short of upsets. We are closing in the kickoff for the regular season, and we have now week 3 upon us. Let’s analyze what to expect for the upcoming games.

Let’s first take a look into the stand out matchups for this week, and starting up we must highlight The Patriots taking on the Carolina Panthers. The Patriots showed some big improvement this past week, and Jimmy Garoppolo began to show signs of life in their game versus the Saints. The Patriots are now going to face the strongest team in the preseason right now, The Panthers.

The Green Bay Packers are poised to win it all this season. However their preseason has had their ups and downs. Their game against the Steelers saw them loose Jordy Nelson for the entire year. A considerable loss indeed. This week the Packers will host the Philadelphia Eagles, who are coming directly from a demolition job they did on the Baltimore Ravens. The Eagles are looking impressive this offseason and they will face their toughest test yet, when they go to Lambeau field. It will be interesting to see how Price per head live betting websites fair the odds for this game.

Another game that will be interesting is the match up between the Vikings and the Cowboys. The Vikings are coming off two great wins this preseason and they will look to extend it this Saturday when they take on Dallas. The Cowboys have had a strange preseason, with tension and fights breaking out on practice. They need to start picking things up around soon if the want to get ready for the first game of the season.

Finally, one thing that we call all expect this week 3 of the preseason is the continuing great form that the rookie running backs have displayed so far. It has been quite a sight to see these youngsters trying to leave their mark on the league and earn themselves a spot in the starting rosters of their teams. The running game has been pretty good overall through out the league so far so expect a lot of ground attacks during the weekend. Keep an eye out for these rookies when placing you in-game betting on your favorite bookmaking services.