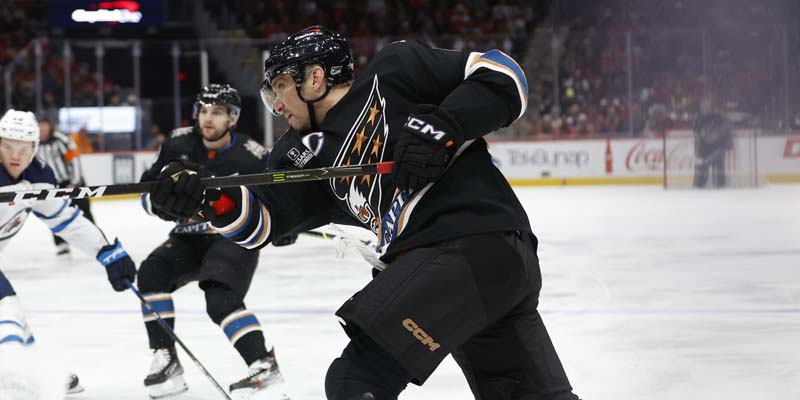 The Washington Capitals will go against the New York Rangers in NHL action in Madison Square Garden, NY, on Tuesday, December 27, 2022, at 7:00 PM ET. Coming out of the holiday break, the Washington Capitals (19-13-4) are just two points ahead of the New York Islanders for the second Eastern Conference Wild Card with 42 points from 36 matches (.583 points percentage). They are now ranked fifth in the Metropolitan Division. The Capitals lost just one of their last ten games overall, are on a five-game unbeaten run on the road, and are currently on a four-game unbeaten run overall (9-1-0). Alex Ovechkin, the team’s captain, tops Washington with 22 goals and 41 points this season after scoring twice in Friday’s 4-1 victory over the Winnipeg Jets to surpass Gordie Howe for second place on the NHL’s all-time goals list with 802 career snipes.

The New York Rangers (19-11-5) entered the holiday break with 8 wins in their previous nine games (8-1-0). As the team returns to work, they are currently sitting fourth in the Metropolitan Division with 43 points from 35 games (.614 points percentage), level in points with the third-place Pittsburgh Penguins but with two more games already played. The squad is on a two-game unbeaten run against the Washington Capitals at Madison Square Garden and won its past four domestic games.

Igor Shesterkin, the starting goalie for New York in 26 games this season, with a record of 17-5-4 overall with 2.44 goals against average and a.916 save percentage. He has a 4.1-0 overall record, 2.22 goals against average, and a.935 save percentage versus the Capitals in the past. The Rangers, on the other hand, are scoring an average of 3.29 goals per game this season, which ranks as the 11th-highest figure (2.71). They rank 11th in the penalty kill with an 80.6% effectiveness and 15th in the power play with a 22.9% success rate.

Washington Capitals vs. New York Rangers. The NHL Pick for this contest is New York -150. The Capitals are a consistently good choice as +135 underdogs. especially considering that the squad is presently riding a three-game unbeaten run in games played immediately following the holiday. In their previous eight meetings at Madison Square Garden, the Rangers have a 6-2 record versus Washington and won four straight domestic games. However, New York’s home record this season placed them third from the bottom in the Metropolitan Division. It also lost three of its last five decisions overall versus the Capitals, who won each of their previous five road games and are a strong 5-1 in their last six matches against teams with winning records. The Washington Capitals will win to a predicted score of 4-3.