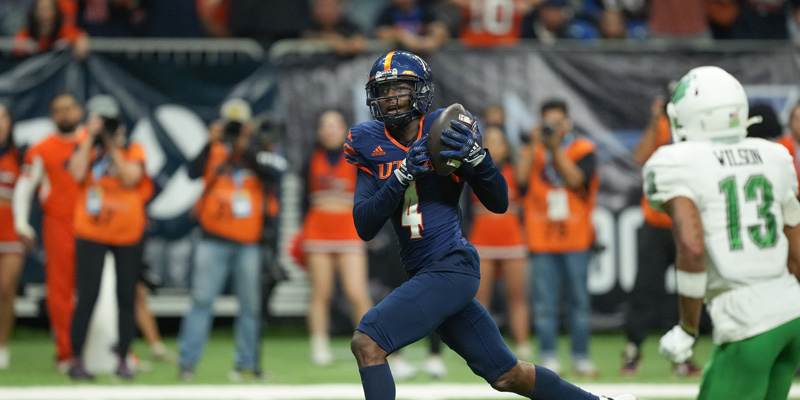 The UTSA Roadrunners earned the Conference-USA champions title, finishing 11-2 with a recent 48-27 victory over the North Texas Mean Green in the C-USA championship game. Frank Harris threw for 3,865 yards, 31 touchdowns, and seven interceptions on 71.1% passing while also posting 588 rushing yards with nine TDs this season. RB Brenden Brady has 699 rushing yards and nine TDs while RB Kevorian Barnes has 713 rushing yards and 6 TDs as well on the year.

The #25 UTSA Roadrunners won ten games in a row. They won all their matches in the C-USA but faced many close decisions including an overtime win against the UAB Blazers and a narrow 34-41 win against UTEP Miners in the final regular season game. The Roadrunners were marked as an eight-point favorite in a convincing victory against North Texas in the C-USA Championship game. The team covered the spread in four out of their last five games.

Meanwhile, the Troy Trojans enter the Duluth Trading Bowl on a superb 10-game winning run. Troy’s only defeats were against strong foes to Ole Miss Rebels in the season opener and losing their conference debut in a narrow 32-28 decision against Appalachian State Mountaineers. The Trojans won all games propelled by stifling defense. Troy was a 6.5-point favorite in a sweeping 45-26 win over the Coastal Carolina Chanticleers in the Sun Belt final. They covered the spread in three consecutive matches.

#25 UTSA Roadrunners vs #24 Troy Trojans. The NCAAF pick for this game is the #25 UTSA Roadrunners. The Troy Trojans cannot keep up with their offensive against the Roadrunners. They rank 69th in the FBS in EPA (expected points added)/game and were limited to 19 or fewer points on five occasions this season. UTSA’s defense isn’t great but forced three games to go to OT. The Roadrunners ranked 26th in the entire FBS with a +3.77 EPA margin, while Troy is 45th with a 1.53 EPA margin. This will be a close battle with Troy ending on top predicted at 30-28