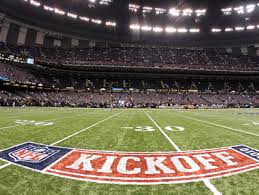 Per head sportsbook enthusiasts rejoice! High season is back again! The NFL is finally here and we are gearing up for another exciting season. An what better way to start the thrill with a review of the most important games that we are going to see this first week of NFL Football.

The remnant clouds of the controversy that befell on the World Champions New England Patriots will surround the season opener, when they begin their tittle defense against the Pittsburgh Steelers. This game will see Tom Brady jump to the field and take guide the World Champions after having the 4 gams suspension due to deflate gate lifted this past week. Brady’s presence injects life into the Patriots offense and will create a festive atmosphere at the Gillette Stadium in Foxborough filled with Pats fans that will have plenty reasons to celebrate. The Steelers present a great team that could become contenders in the playoffs but, somehow it doesn’t feel like there is any way the Patriots are going to loose this game, even if Brady has an off game, the Pats will come on top. For per head sportsbook players, this game will se a final score of 28-17 in favor of New England.

Perhaps, the favorite team to win the Super Bowl not-named New England Patriots, are the Green Bay Packers. This team has created a pretty impressive offensive unit that will give Aaron Rodgers so much weaponry that it will be so difficult to stop them. Their season opener should be an easy one. They will face the Chicago Bears who are not expected to make any dramatic changes from the football they were playing last year. The Bears carry over the same defensive woes that game them so many headaches, and in the first game of the season they will stand against an elite offensive team. Per head sportsbook bettors should definitely bet the over on this game, as the Packers will steamroll the Bears 34-17.

The game between the Titans and the Buccaneers, might not have the same wow factor as the previous mentioned games, but still it will be a very interesting matchup. In much simpler terms it will be a game of Mariotta vs. Winston. The two top QB rookies will go head to head in the first game of the season and the matchup will definitely catch the attention of those who follow the draft. Both Qbs are very talented, but let’s not forget this is their first game, so it will come down to who makes the least amount of mistakes. For the time being place your bets on your favorite bookie services on the Buccs, they will win 27-14.