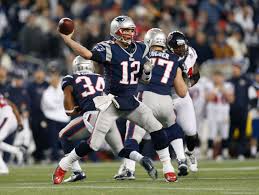 The New England Patriots’ Live betting fans were very relieved to learn that super quarterback Tom Brady seems to be healthy enough to hit the field in the team’s practice, and he hopes to play in their season opener against the Miami Dolphins.

On Friday, the player went back to practice after being absent for a day, with the Patriots saying that he suffered an injury to the calf.

New England’s season opens on Sunday, when they take on the Dolphins, in a game that many fans are eagerly anticipating.

On Friday, the player was listed on the injury report as being “questionable”, meaning that there’s a 50% chance that he would feature in the game against the Dolphins.

However, in a radio interview, the player said, “Anything can happen for anybody between now and then, but I’m looking forward to playing Sunday.”

Not much was said by coach Bill Belichick on what was happening to Brady.

On Friday, the coach was asked if he knew how how Brady’s calf was injured, and before the release of the injury report he said, “We’ve done everything we’re required to do. We’ve listed the injury. We’ll continue to list it and we’ll list his status based on what the requirements of the league are, just like we do with every other player.”

The team’s Live betting fans also learned that Rob Gronkowski, tight end who in January received surgery to the knee, was also put in the “questionable” list, but on Monday he said that he would feature in the game. However, the coach said the following day that, “With all due respect to Rob, I’m glad he feels the way he does.

“But, in the end, we’ll have to make the decision that we feel is best for the team and we’ll do that as we go through the week.”