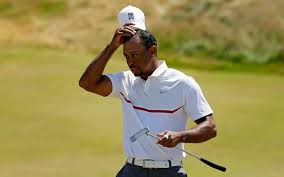 The last time Tiger Woods was at St Andrews it was 2010. He seemed shocked at how the course has changed since then. It was far different than the one he won at in 2000 and 2005. Per pay per head sportsbook, Tiger Woods spoke with ESPN. com and USA Today about adjusting to the country after being there for less than half a day.

“I was shocked,” Woods said. “I had seen photos of it a month ago. It was bone dry. It looked like it was going to be one of those dust bowls again; hard, fast, like the years I’ve played St. Andrews. It’s changed. They got big rain and a lot of sun. It’s totally changed.

“I’m going to have to do a little bit of feel around the greens, my putting. I wasn’t expecting the firmness to be that soft. We made ball marks on the greens. I don’t ever remember making ball marks around this place.”

The forecast calls for more rain during the week, Woods said. “It’s not going to get any faster. It’ll be on the softer side for an Open.”

Per PPH Bookie Service, Woods is coming off shooting a 67 without making a bogey at Greenbrier. It’s safe to say he is feeling more confident after that showing.

“I put it together at Greenbrier and hit it really good. [Instructor] Chris [Como] told me it was the first time I led the field in proximity to the hole with my iron game. That was fun. Sunday, I missed one fairway, the 17th hole, which I have never hit in six tries. So that wasn’t really surprising.

“I feel like everything’s coming around. I still need to get a feel for how this golf course is chasing. I wasn’t expecting it to be this soft. The shot selections I was working on last week and some of the trajectories I was envisioning on certain holes and certain winds and the ball chasing and what I need to do to make it move on the ground. It’s going to be different. It’s going to be more forced carries than I was expecting coming into the event.”