The Sixers are getting ready to win more games 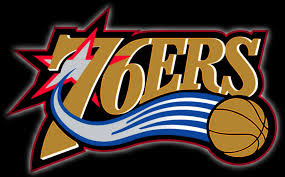 The 76ers won their first game since they started the season 0-17, leaving many happy fans. Coach Brett Brown stressed that this season the team is not losing on purpose, and many online bookmakers are confident that this isn’t the case.

“Everything we’re doing is about winning. I coach to win,” said Brown. “I talk about winning. We plan to win. We prepare to win. I get why [tanking] comes up, but it’s not even close.”

The 76ers, who during their losing streak of 17 games were outscored by a 14.4-point average, finally won on Wednesday when they defeated the Timberwolves 85-77. On Friday night, they were trying to make it to two consecutive wins but ended up losing 103-91 to the Thunder.

The team’s players keep on pushing forward, and their fans are sure that they’ll continue to build on their performances.

“The big picture is to get better and start with defense first and continue to progress,” said Nerlens Noel. “We are a young team, average age is like 23. So we are coming along, we are getting better every game.

“We just got our first win and we gave one of the top three teams in the NBA a pretty good game. So it speaks for itself, and we’ll just continue to get better and better.”

For Brown, losing was not easy at all, something that the team’s fans are very well aware of. The coach got his job with the team after he spent six years with the Spurs as Gregg Popovich’s assistant.

“Where do you begin? I left Disneyland with Pop in San Antonio. We won 50 games every one of my years, went to five NBA Finals, won four of them,” said Brown. “To come in now and have the challenge of coaching. … It’s the youngest team in the history of the sport. We’re the team with the least experience.

“The challenges are all over the place. From trying to grow the team, to make sure they don’t feel deflated, that they feel good about themselves. … But I love it. Even though what I know now, with two draft picks not playing this year, I’d take this job 50 times out of 50 times.”

Sixers fans everywhere believe that things can only get better for the team, and online bookmakers will continue to monitor their progress.