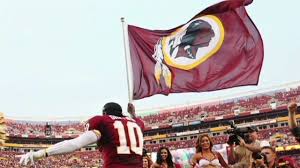 The Redskins were finally able to win, to the relief of many fans, but price per head agents know that now the team must decide what to do when it comes to the QB position.

For example, they would have to decide if Robert Griffin III will return to action for the team in their game against the Cowboys taking place on October 27.

On Sunday, Colt McCoy was able to lead a 19-17 win over the Titans, and the players’ appearance showed changes made at the QB position. The Redskins’ decision at QB will most likely involve either McCoy or RG3, who was not able to hit the field after he injured his left ankle in Week 2.

It is still not very likely for RG3 to start, but a team source said that if he does a very good job in Wednesday’s practice, the player has the possibility to start at QB. Ideally, Washington would like to keep the player out of the game for one more week, so he can prepare even more and be completely ready to return to action.

If RG3 isn’t able to start, then McCoy will most likely be the one to make his first start in the game since December 8, 2011, when he was playing alongside the Browns, and many fans would like to see how the player will perform if he is to start.

When the game finished, coach Jay Gruden said that he believed that it was “a good sign the way Colt finished the game, ran the offense.”

Price per head agents saw that McCoy was able to play in the second half of the game after Kirk Cousins ended up being benched by the coach, Cousins turned over the ball on two occasions during the first half of the game, which include his season’s ninth interception, and not many fans were exactly happy after this took place.

“That was a standard pass play we’ve run for a long, long time,” said Gruden. “And [Cousins] threw it right to him [the defender].”