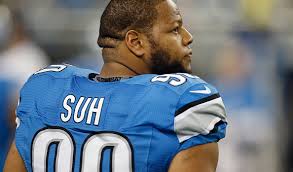 Perhaps it was accidental, but pay per head wagering companies learned that Lions DT Ndamukong Suh stepped two times on the lower leg of QB Aaron Rodgers, and the Packers were obviously not very delighted.

This took place on Sunday at Lambeau Field, during the fourth quarter of the Packers’ win of 30-20 over the Lions, and apparently it was on the same leg that the QB injured again in the second quarter of the game.

“I didn’t see it live, I didn’t see it on the Jumbotron, but from what I’m told, I’m told it was ridiculous,” said Mike McCarthy, Packers coach. “There’s no place for that. That’s where I’m at with it. I don’t understand it, frankly.”

Michael Signora, spokesman for the NFL, said that the play will be reviewed by the league.

The QB looked like he was trying to move Suh away from his leg, and Suh’s actions did not go down very well with many fans. Pay per head wagering companies saw that Rodgers, who first suffered a strain on his calf in his team’s game against the Bucs a week before, was not able to play in two of the game’s series as he was receiving treatment in the team’s locker room. The player went back to action with the game at a tie of 14-14. In the win, the player was able to complete 17 out of 22 passes for 226 yards and 2 TD’s.

“He’ll probably say it was an accident, he was getting blocked into him,” said Rodgers. “That’s what [referee] Walt Anderson said. But we’ll see.”

The QB tried to have a word with Suh after that play took place.

“He was running off the field,” said Rodgers. “I was talking to Walt actually. It was my calf and my ankle getting stepped on. So we’ll see what happens.”

The Lions’ DT didn’t talk to the media when the meeting was over, but Jim Caldwell, Lions coach, said that he didn’t believe that Suh’s actions were done on purpose, and there was no penalty given.

“I get briefed on it,” said Caldwell. “Guys look at it and tell me what they saw, what they thought.”

Dominic Raiola, center for the Lions, was given a one game suspension last week after he stomped the ankle of Bears DT Ego Ferguson. Suh was banned for two meetings in 2011 after stomping on Green Bay center Evan Dietrich-Smith, and NFL fans remember very well when this happened.

After the game last week, Caldwell said that he thought that there were no bad intentions in Raiola’s stomping.

“I didn’t see it, but there’s some history there,” said Packers RT T.J. Lang. “So obviously until I see the play, I can have a better judgment call of that, but Aaron said he stepped on him and didn’t really appreciate it, so.”