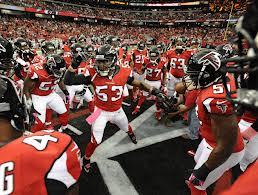 The Atlanta Falcons and Matt Ryan defeated the New Orleans Saints and Drew Brees at home, while in Baltimore the Cincinnati Bengals took out the Baltimore Ravens and Andy Dalton.

Both teams – with the services of A.J. Green and Julio Jones – who could be the best young receivers in the sport – are ready to lock horns in Week 2.

NFL fans know that the Atlanta Falcons can be a force to reckon with when the team is good health, and their 37-34 win over the Saints in overtime is clear proof of that.

Matt Ryan did a very good job last year as a quarterback even though the player’s top receivers – Roddy White and Julio Jones – were injured .However, the player appeared to be a real star in the game with the return of his duo as he was able to beat Drew Brees on his way to 448 yards and three TD’s – which is a record in the NFL.

Despite their troublesome running game, the team was able to rise from the dead. Steven Jackson was the one to lead his team with 52 yards, but four other players were able to contribute to the 123 yards on 25 carries made.

It’s still too early to tell what will happen next, and this week Atlanta will be tested by Cincinnati’s dangerous defense. That said, nobody will be shut down by the Falcon’s defense. Last season, the team swan dove when they were unable to outscore anybody. When it came to points and yards and allowed, the team’s defense was at the lowest five.

However, with White, Jones, and Devin Hester to go with a rising running game, the Falcons and Ryan have plenty of ammunition in their offense to take out the Bengals.

The Falcons are not close to how they were in 2012, as that year the team went 6-2 when away, only to drop last season to 1-7 due to injuries.

Joe Flacco was to blame in Week 1, and Cincinnati could have become Baltimore’s victims then.

The team’s running game happened to be way off and on third down they were unable to convert, leading to six attempts at field goals instead of scoring TD’s. And even their defense, which is known to be solid (usually), wasted a lead of 15 points as Baltimore fought back in the second half.

However, A.J. Green was there for Cincinnati when they needed him the most. The wideout was able to catch six balls on 131 yards, and over half came on his 77-yard TD that sealed the game. Their offense might not always be completely efficient, but Cincinnati and Andy Dalton seem to manage well.

But if linebacker Vontaze Burfict and tight end Tyler Eifert don’t suit up, the whole team’s efficiency could drop. Both of them ended up leaving the game against Baltimore because of injuries, which could also keep the players on the sidelines against Atlanta.

Burfict would be a huge loss to the team. The player is their top linebacker and in pass coverage he really knows how to do his job, something that would be key against the passing attack that Atlanta has.

But maybe their advantage at home will make up for losing any of their top men. Last season, Cincinnati was only one of three other teams to be 8-0 at home. However, IDSca software agents were very impressed when they saw that they were able to cover the spread in all eight of their games, which include five spreads with six or more points.

More News about the Atlanta Falcons and the Cincinnati Bengals:

Cincinnati Bengals could miss the postseason

There’s not much hope for the Atlanta Falcons this season