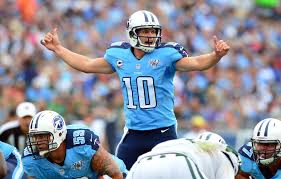 The Titans had a terrible season (2-14) with Ken Whisenhunt in his first year as the team’s coach, so Tennessee made some moves during the offseason in an effort to step up their game. They had the 2015 Draft’s second pick, and they went for Oregon QB Marcus Mariota – winner of the Heisman Trophy and very famous for talent on the field. In free agency, the Titans also acquired the services of TE tight Anthony Fasano and WR’s Hakeem Nicks and Harry Douglas. But pay per head sportsbook services believe that the most important move made by the Titans during the offseason wasn’t signing a player, but getting assistant coach Dick LeBeau to join them.

LeBeau, who’s in the NFL Hall of Fame, was the man who built the Steelers’ defenses in the past decade, and many fans are well aware of his importance in the game. Former Steelers OC Whisenhunt wants to see the Titans get some of the Steelers’ way of thinking when they hit the field. Even though LeBeau joins the Titans, this season most pay per head sportsbooks are not looking forward to seeing big changes made by the Titans, having placed the team at 200/1 for the Super Bowl, 1600 in NFL odds to clinch the AFC South, as well as 100/1 to win the AFC Conference.

Last season, Tennessee’s offense was horrible, as they finished at 31st place in the NFL against the spread. Experts and fans alike know very well that when a team in the NFL doesn’t do a good job in defending the run, they won’t make it to the playoffs. The Titans’ scoring defense finished in 29th place, and in total defense they ended in 27th place. The Titans’ defensive staff must somehow change that, and the team’s fans hope that it will happen sooner rather than later. Not many changes were made to Tennessee’s defense, but they did acquire the services of Brian Orakpo, former LB for the Redskins. He’ll be playing across from Derrick Morgan, with Zach Brown and Avery Williamson working from the inside. The team’s defense, with LeBeau at the helm, should have an improved run and be much more active on the field. Nevertheless, the odds say that the Titans will just have 5½ for this upcoming regular season.

There’s a big question mark hovering above their offense, and it has to do with Mariota. After already doing a great job for Oregon, he must get used to the drop-back NFL QB position. Mariota’s development could take some time, and being able to work smoothly with the offense won’t be something that will be accomplished overnight. A major part of Tennessee’s offense coming together will center on the team’s running game. Bishop Sankey did not impress at all during his season as a rookie. David Cobb and Shonn Greene will both also have the opportunity to turn into the one working in the back of the field, and the Titans’ fans can’t wait to see who will get the job.