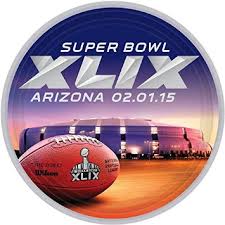 Two NFL giants are getting ready to go square off on Sunday when the Patriots face the Seahawks in Super Bowl XLIX. Fans all over the world and live betting services are anticipating an amazing showdown, and can’t wait to see the action.

For the Super Bowl, Patriots QB Tom Brady is seen as the player with the most chances to win the MVP award, and with the Seahawks having an amazing defense – better known as “The Legion of Boom” – that was able to end the year with a ranking of first place against the pass (as only 185.6 yards-per-game were allowed), New England must be more consistent in their aerial game.

QB Brady was on fire during the postseason, as he helped the Patriots amass 35 points when they took on the Ravens in the NFL’s divisional round, as well as 45 points on the Colts in the championship game of the AFC.

Even though there should be talk about the game between Seattle’s secondary and Brady, most discussions revolved about the under-inflated football fiasco involving the Patriots when they took on the Colts in the conference championship game of the AFC.

The Patriots QB should not worry too much about what others think of him as he’s getting ready to face Seattle’s “Legion of Boom”, including DB Earl Thomas and RB Richard Sherman. However, Brady will be working with WR Brandon LaFell, WR Julian Edelman, and TE Rob Gronkowski, and the team’s offense do everything they can to get past the Seattle’s secondary.

When the Patriots faced the Ravens, Brady had no choice but to air out the ball, but he shook this off and recorded 367 yards, 4 total TD’s (1 rushing and 3 passing ) and 1 pick. The QB didn’t have much to do when his team took on the Colts, as he only recorded 226 yards, but was still able to add 3 TD’s and 1 pick.

The Patriots will be looking at the same challenge that QB Aaron Rodgers and the Packers had to face in the championship game of the NFC, but the experience that Brady has in Super Bowls should give him an edge.

Perhaps if the Patriots and Brady work on their game some more, they could be the ones to win this battle, but many experts and live betting services believe that they will still win what is set to be the biggest game of the year.

Currently, many sportsbooks have the following lines up for the Super Bowl: