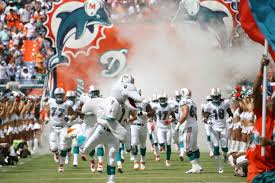 If the Dolphins go 8-8 for one more season, it would most likely be the end of Joe Philbin with the team. The coach had successive records of 8-8 after taking Miami to 7-9 in 2012, which was his first season there. Stephen Ross, Dolphins owner, wants to see the team win no matter what. His seriousness could be clearly seen, as Miami got the services of the famous DT Ndamakong Suh during free agency, and many sportsbook software solution services believe that the player could very well be the NFL’s top defensive lineman. The Dolphins added the former Lions man to their ranks for $114M, running for six years, in what turned out to be the most expensive contract made for a defensive player in NFL history.

Miami also got the services of TE Jordan Cameron, who’s well known for his catching skills, quick WR Kenny Stills, as well as veteran WR Greg Jennings. They also got first-round pick wideout DeVante Parker, which shows that QB Ryan Tannehill will not be short of offensive ammunition. In 2014, Tannehill was one of the NFL’s passers with the biggest improvements made, as his percentage of completions went up from 60.4% in 2013 to 66.4%.

With these players now in their ranks, many fans believe that things will positively change for the team, but local bookies are wary and still not very optimistic, as they have the Dolphins at +400 to be the winners of the AFC East, 16/1 for the AFC conference, and 33/1 to win the Super Bowl.

The Dolphins decided to give up on WR Mike Wallace, who was a star for the Steelers, and during free agency they also lost the services of TE Charles Clay to the Bills, as well as WR Brian Hartline to the Browns. Nevertheless, the WR position is still very strong, as there’s Tannehill, going along with RB Lamar Miller, who last season was able to rush for more than 1,000 yards, impressing many fans in the process. Suh’s addition to the Dolphins gives the team a defense that should have made plenty of improvements, but it’s still not known just how much they have improved.

Suh can accomplish a lot on the field, but he’s also not a one-man team. DE Cameron Wake, who in 2014 was the one leading the Dolphins with his 11.5 sacks, is believed by many experts to be one of the most underestimated players in the NFL in his position. The defense should quickly feel a very big difference with Suh and Wake working together, but how much they will impact the team remains a mystery.

Miami has a strong secondary with CB Brent Grimes and safety Louis Delmas. Grime featured in the last couple of Pro Bowls. Last year, the team also got sixth place in the NFL against the pass, and overall they had 12th place. In the case that these figures get better and the offense keeps on producing, sportsbook software services believe that the Dolphins could compete for a spot in the playoffs, but defying the odds to enter and win the AFC or the Super Bowl is not very realistic at all.